LONDON, Jan 21 (Reuters) – Spot trade on the West African market got off to a slower start on Monday, as potential buyers were faced with differentials at around 10-month highs and sellers showing no signs of cutting their offer prices.

* Both Bonny Light and Qua Iboe were last offered at around $2 a barrel above dated Brent, their strongest since last March, without drawing any buying interest. However, with the next round of loading programmes still emerging, traders said sellers were loath to cut their prices.

* A series of outages elsewhere, such as in Saharan, CPC blend and Libyan crudes, as well as the prospect of a shortfall in distillate-rich grades from OPEC exporters, has pushed up differentials across the board, from West African grades, to Urals to North Sea oil.

* The dated Brent forward market, as reflected by CFDs, has flipped into backwardation, but while this makes selling oil from storage financially attractive, it increases the opportunity cost of shipping oil for a month to Asia.

* Traders said there were still as many as 15 cargoes left from the Nigerian February loading schedule, which would suggest that differentials may struggle to retain their current strength, one trader said.

* State oil company Sonangol has allocated three term cargoes to Unipec, seven to Sinochem, two to Indian Oil Corp. and one to Phillips66, a trader said on Friday.

The March export programme contains 46 cargoes, up from February’s 42.

* Thailand’s PTT is seeking sour crude for loading between March 20 and April 10.

* Indian refiner HPCL is running a buy tender that closes next week that may draw in West African crude. (Reporting by Alex Lawler Editing by Susan Fenton) )) 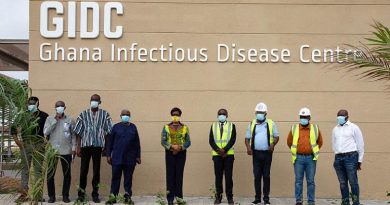 Operatives of the National Drug Law Enforcement Agency, NDLEA, have arrested a 300-level university student, Rhoda Agboje and her boyfriend, Ifeanyi Nwankwo, who both specialise in producing and selling drug cookies to school children and other unsuspecting members of the public in Abuja.

A Jealous "WIFE" Will Always Like All Comments On Your Posts Just To Alert You That FBI is Around
😂😂😂😂😂😂 ... See MoreSee Less