The synopsis of President Buhari’s response to Olusegun Obasanjo’s letter likening his administration to the brutal Abacha regime is that the former president is “sick or psychologically challenged”. But I think the riposte is like that of a blind man mocking another man who uses recommended glasses.

Who really needs medical attention between Buhari and Obasanjo?

Over the years, Obasanjo has shown keenness of mind and body. For a man of his age, that is rare. He has been consistent in his delivery of cutting missives since President Jonathan’s administration. His “letter-bombs” to Jonathan were much celebrated by those who now insult him for his accustomed choice of weapon, and the target of this hit.

Obasanjo has not given anyone a reason to question his state of mind.  In fact, on Sunday, he held a press conference where he spoke clearly, intelligently and coherently. Could the same be said of President Buhari?

Watching Buhari disoriented and lost at the APC presidential rally in Delta state, where he “surrendered” his candidature to Great Ogboru, flagellates speculations about his state of mind.

His bizarre display, chronic incoherence and befuddlement at the town-hall meeting with Kadaria Ahmed accentuate the same concerns. And not to forget his “sit-slump” at the rally in Kaduna; it appears the president is in a rapture of oblivion.

But I think Buhari is a victim.

I said it before, if the president says he is not aware of an issue or situation, he should be believed. I was not making an attempt at comedy when I said that.

He is really not aware. I know there are “principalities in high places” at work.

I think Buhari has a vanishing taste for power, and he is more conscious of his health and managing the vagaries and frailty of old age.

I like Buhari. But the 2019 election is not about him. It is about the sons of Nebuchadnezzar holding the country down and using every means to keep it down.

The election is between these forces and Nigerians. Aisha Buhari, wife of the president, had given us a hint of these vandals.

Really, I can only express compassion for the president. We should understand Buhari’s predicament to appreciate the tenuous situation.

He is a victim of these forces, but sadly, it is a case of where a rape victim is in love with his abusers or unaware he is being violated.

EFCC To Probe Amosun, Yari, Okorocha, Ahmed After May 29 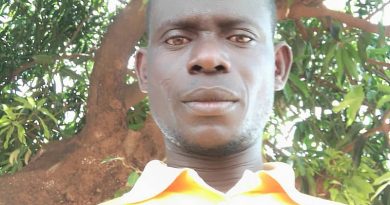