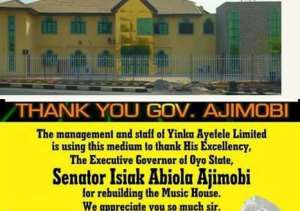 Yinka Ayefele took to Instagram to thank Governor Ajimobi for rebuilding his music house, a year after it was demolished by the Oyo State Government.

Yinka Ayefele who shared a photo of the music house which was rebuilt by the Oyo State Governor, thanked Governor Ajimobi. He wrote;

Thanks Sir, we appreciate you
Recall that the Oyo state government last year demolished the Music House, a building owned by a popular Juju musician, Yinka Ayefele.

The building which Ayefele claimed was worth about 800 million Naira was demolished on August 19, 2018. 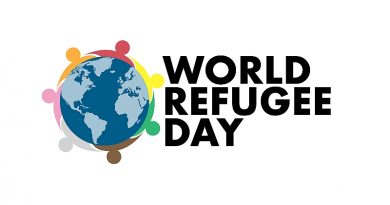