LONDON, Jan 8 (Reuters) – Nigerian crude differentials remained on the high side on Tuesday, some buyers said, but with two tenders coming up this week that will likely absorb West African crude, prices held steady, traders said.

* Around 10 cargoes of February-loading Angolan crude were still believed to be available for sale.

* At least 20 Nigerian cargoes were still available but with tenders this week from IOC and Turkey’s Tupras, the market remained reasonably well supported, one trader said.

* IOC has issued a tender to buy crude oil loading March 1-10 that closes on Thursday.

* Bonny Light and Qua Iboe were heard to be offered at a premium to dated Brent of around $1.80, well above levels indicated two weeks ago, when both grades were closer to $1.60-1.65. (Reporting by Amanda Cooper; Editing by David Evans) ))

EXCLUSIVE: Gunmen Attack Ajimobi’s Boys While Moving N357m Out Of His Residence 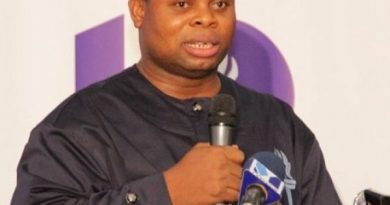 Compensation indeed awaits Ghana from COVAX in case of side effects—Dr. Achiano