ABOARD SEA-WATCH 3 IN THE MEDITERRANEAN, Jan 8 (Reuters) – G ermany said on Tuesday it could take in some of the 300 migrants rescued in the Mediterranean in recent weeks, but dozens – including five children – remained stranded at sea with no European country offering a safe port.

The Sea-Watch 3, a vessel run by a German humanitarian group, plucked 32 people from an unsafe boat off the coast of Libya on Dec. 22, and another German charity, Sea-Eye, rescued 17 others on Dec. 29.

The vessels – carrying a combined 49 people – have been sailing back and forth off the coast of Malta for days. The ships’ crews have expressed concern about the migrants’ mental state, exacerbated by bad weather and seasickness.

“The children, they are sick…, and there’s no sleeping because of the waves. We are dying slowly in this place,” said Diamond, a Nigerian man rescued by the Sea-Watch 3 who declined to give his last name.

Malta, the smallest European Union member state, is asking partners to take in some of the migrants, including another 249 people who were picked up by Maltese navy boats in the final week of 2018.

“The only sustainable outcome is a Europe-wide solution,” Kim Heaton-Heather, the Sea-Watch 3 head of mission, told Reuters aboard the ship. “Everyone is trying to get rid of their responsibility.”

Germany is willing to take in 50 migrants as long as other European countries also do their part, Interior Minister Horst Seehofer said on Tuesday. The Netherlands had also indicated it was willing to welcome some.

Italy’s government has split on the issue, with the hardline anti-immigrant Interior Minister Matteo Salvini refusing to host a single migrant while Prime Minister Giuseppe Conte offers to take in a small portion as long as Malta lets the ships dock.

Talks to divvy up the migrants are ongoing “and the Maltese government would like to see them concluded in the coming hours,” Malta’s government said in a statement.

“A long-term European solution for similar issues in the future should be a priority in order to avoid a repeat which puts even more burden on a member state like Malta which always abides by its obligations,” it said.

Since Salvini shut Italy’s ports to migrant-rescue ships last June, the EU’s executive commission often has had to conduct lengthy negotiations with member states to share out new arrivals before the rescue ships are allowed to dock.

Two dozen humanitarian groups, including Save the Children, asked on Tuesday for an urgent meeting with the Italian prime minister to try to end the standoff at sea. (Additional reporting by Andrea Shalal in Berlin Writing by Steve Scherer Editing by Mark Heinrich) 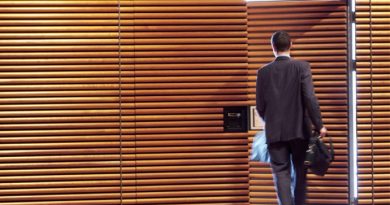 MDAs will return unspent funds to treasury after Dec 31— Akabueze