When Gen. Abdulsalam Abubakar took the courageous decision to return Nigeria to civil rule in 1999, Nigerians rolled out drums in excitement to celebrate the restoration of their liberty after the tortious experience felt under the men in uniform. Nigerians were elated that the unbearable conditions they endured in the over 16 years of military rule is over them and as expected, they will have unrestrained input in how they are being governed.

But that horrible past was hauled back into the mind of Nigerians when the Nigerian Army announced a nationwide operation codenamed ‘Operation Python Dance 3’. The Chief of Army Staff, Lieutenant-General Tukur Buratai said the exercise will run from January 1 to February 28, explaining the military operation to be a fulfilment of the Army’s mandate to conduct internal security operations in the country to combat criminality and other social challenges.

This was a new year present that no Nigerian would have ever wished. It became more discomforting when Buratai, who was represented by the Army’s Chief of Training and Operations, Major-General Lamidi Adeosun, noted that the exercise aims to ensure that law and order is maintained as the nation approaches the 2019 general elections.

He said, “As the build-up to the 2019 general elections gathers momentum, an upsurge of security challenges such as stockpiling of arms by criminal groups, the formation of ethnic militias and violence induced by political activities have been observed.

“These challenges coupled with other security threats across the country such as terrorism, militancy, kidnapping and banditry portend that dissident groups and criminal elements could cash in on the situation to perpetrate large-scale violence before, during and after the 2019 general elections.”

Many believed the military exercise is needless and may be a strategic move to benefit incumbent president Muhammadu Buhari, who is facing a stiff challenge from former vice president Atiku Abubakar. This was reinforced by the presence of military chiefs at the formal declaration of Buhari for re-election. Though, the military hierarchy claimed their appearance was just a coincidence, it yet to clear concerns on the probable incursion of the military in a democratic process.

Probably, this informed the alarm raised by the People’s Democratic Party (PDP) of deliberate involvement of the military in the 2019 general elections to influence the ballots in favour of ruling All Progressives Congress (APC). The main opposition is like many other Nigerians who are worried about whose interest the unexpected intervention of the army is meant to serve. It is more worrisome that the army exercise will be prolonged into the presidential election and that military tanks and hardware will be visible in streets across Nigeria, fuelling anxieties in the camp of oppositions of a deliberate ploy to intimidate and scare away voters.

The military, including the army, have a duty to assist the civilian authority in the maintenance of stability through protection of territorial integrity but the unusual happens when its actions cast doubts on its impartiality in a democratic process. Maybe that it’s why Nigerians have received the ‘Operation Python Dance’ with scepticism and are not comfortable with the sight of army personnel on their road in the weeks to a decisive general poll.

If Python should dance, it should be in the hotbed of insurgency in the Northeast, especially, Borno state, and some Northwest states like Zamfara, Kaduna and most recently, Katsina, where criminal elements are perpetrating series of heinous crimes. Python dance would have made enough sense in rescuing Leah Shuaibu, the lone girl from a school raided by Boko Haram but was not released by the dreaded sect because she refused to denounce her faith. It is unjustifiable why the exercise should be extended to states with no serious security issues or taking over issues that could easily be tackled by the Police.

Unless there is a sinister motive behind the exercise, it is needless to throw citizens into needless apprehensions with the sight of army lurking around when in fact, we are in a democracy and not a military rule. There are voices rejecting the step of the army to throw its men unto the streets in an election year. Afenifere, a Yoruba socio-political group, was so critical of the exercise, vowing to resist the operation from having effect in the region.

In his reaction to the army operation, a Second Republic lawmaker, Junaid Mohammed, believed the ‘Operation Python Dance 3’ was a scheme to return Buhari back to power with less struggle. He said “The Nigerian Army has never carried out such an exercise since the attainment of independence in 1960. They have never held such a martial operation before an election,” he said while warning that “the army did not create Nigeria. They should be careful and Nigerians should be watchful of them.”

For those discerning enough to hear the unspoken, or decode the signs of the times, it is obvious that the army seems to have derailed from its core duty and have fallen for the tricks of politicians. Otherwise, it would not have stirred unnecessary tension which the ‘Operation Python Dance 3’ has caused. Since it announced the exercise and possibly, effecting it on January 1, 2019, the political atmosphere has become tenser and the integrity of the 2019 general elections facing severe questions.

The last time ‘Python Danced’ in the Southeast, it leaves a trail of grief and anguish. Both the young and the old still bear the unpleasant experience and unleashing such on the entire nation in an election year, is nothing but bullying the people from exercising their franchise. It is a clear attempt to instil fear in citizens and make them stay away from the election process in order to achieve a predetermined end.

But it is not too late to take the right step and maintain its neutrality in a democratic process. The depressing security situation in the country should be enough concern to them and not allow itself to be drawn into the murky water of politics. Taming the monstrous Boko Haram or ISWAP that has ravaged the Northeast and destroyed livelihoods and loss of lives and overcoming the increasing onslaught of bandits and gun-wielding herdsmen should occupy their priority and not pig-fight politics of coming elections.

The Nigerian Army should realise that as much as Nigerians cherished their contributions to the safety of our society, it would not accept any overbearing influence in shaping their choice of leadership. Nigerians, like other civilized citizens, are firm in their choice for democracy in determining who oversees their affairs, so distorting that commitment with unnecessary and shabby interventions is a brutal reminder of the dark days of dictatorship.

So, Python should not intimidate or harass electorate into surrendering their rights to choosing their desired leadership or pressuring oppositions to relinquish their rights to contest. We all know that whenever Python dances, it brings nothing but pain and anguish.

Oke Umurhohwo is a Political Analyst and Strategist as well as a member of the PDP. He tweets from @stalyf 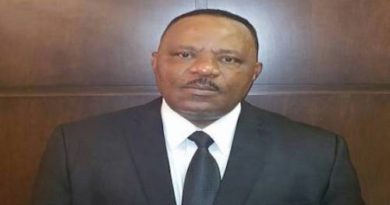 How Ekweremadu Used And Abused IPOB By SKC Ogbonnia