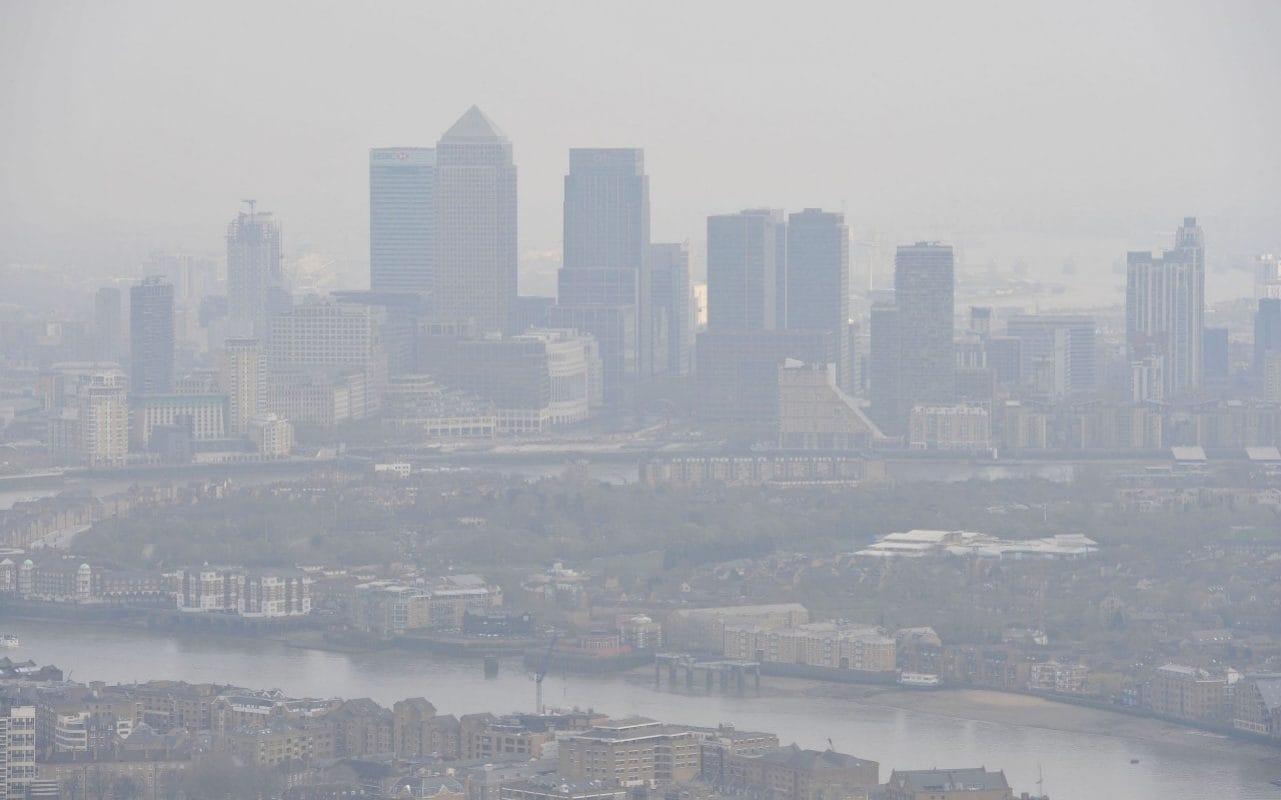 A national study shows 3.7 million pupils are being exposed to high levels of pollution on a daily basis – with some of the worst findings among the youngest pupils.

Experts warned that traffic fuelled by the school run is leaving children at increased risk of lifelong conditions including asthma and other breathing difficulties.

The research shows that 42 per cent of all pupils attend schools in in areas which breach limits for the most dangerous particulates – called PM 2.5 – which are largely caused by traffic.

The highest figures were at state-funded nursery schools, where 53 per cent of infants and children are exposed to levels above the recommendations.

The data from the Department for Environment, Food and Rural Affairs shows 3.7 million pupils attending 8,682 schools and nurseries are in areas which breach the limits.

Across the country, the worst figures are in London, where almost every school breaches the limit, followed by the South East, East of England and East Midlands

The least polluted area is the North East – where every single school is within same limits, followed by Yorkshire and the Humber,  the North West and the South West.

It follows warnings from Professor Dame Sally Davies, Chief Medical Officer for England that air pollution is contributing to around 30,000 deaths annually.

Earlier this year she said exposure to a “daily cocktail of pollutants” – including poor air, light, noise and chemicals – is shortening lives.

Urging parents to think about the environment before embarking on the school run, her annual report said: “Getting one more child to walk or cycle to school could pay back as much as £768 or £539 respectively in health benefits, NHS savings, productivity gains and reductions in air pollution and congestion.”

In particular, she urged parents not to idle cars outside schools.

Today she told the Daily Telegraph: “Air pollution is not just an environmental issue – it is also a critical health issue. Breathing dirty air can be particularly harmful to children, who are still developing.”

More than 5 million people in the UK – including 1.1 million children – suffer from asthma.

Britain has one of the highest death rates from the condition in the Western world – third only to Estonia and Spain.

Dr Sarah Wollaston, chairman of the Commons health committee, said Britain needed to make a “major cultural shift”  so that more families left the car at home and opted to walk or cycle to school.

She said: “Parents often assume children are safer in cars but actually they are much better off walking or cycling. As well as adding to pollution, they are often left more exposed sitting in traffic, and in the long-term, inactivity poses a far greater threat to their long-term health”.

Dr Samantha Walker, Director of Research and Policy at Asthma UK, said: “Air pollution is a major threat to public health. It is completely unacceptable that young children are being exposed to polluted air at school, a place where they should feel safe and have the best chance to learn. Research shows children’s lungs are stunted by exposure to pollution, they are more likely to develop asthma and more at risk of experiencing asthma attacks.”

She called for a new Clean Air Act to drive up standards.

Scientists pointed out that the figures represented average pollution levels in each square kilometre – meaning that children would be most exposed during their commute.

Professor Ian Colbeck, Professor of Environmental Science at the University of Essex, said air pollution had been linked to obesity, as well as to reduced lung development.

And he said children’s heights made them more vulnerable than adults to fumes from cars.

“It is really difficult for parents – ideally they shouldn’t be driving children to school but people are busy, schools are sometimes some distance away, especially in rural areas, and we have seen a number of cuts to free school transport,” he said.