(The opinions expressed here are those of the author, a columnist for Reuters.)

LAUNCESTON, Australia, Jan 7 (Reuters) – U.S. crude oil is starting to trickle back to China with three cargoes slated to arrive next month, but volumes are still a long way off levels prior to the outbreak of trade hostilities between the world’s two largest economies.

Vessel-tracking data compiled by Refinitiv shows three tankers carrying 3.94 million barrels are en route from the United States to China and will arrive in February.

This is up from zero cargoes slated to arrive in January, a mere one in December and zero in both November and October.

Prior to the tit-for-tat tariffs being imposed from the middle of last year, crude oil was a success story in the U.S.-China trade relationship as Beijing bought increasing volumes of booming U.S. shale oil production.

In the first nine months of this year, China imported about 328,000 barrels per day (bpd) from the United States, representing about 3.6 percent of its total crude imports.

China’s imports of U.S. crude reached a record high of about 460,000 bpd in June, according to the Refinitiv data.

It’s worth noting that China hasn’t imposed any tariff on U.S. crude imports, unlike coal and liquefied natural gas, which were included in Beijing’s retaliatory measures.

Using crude oil for politics is certainly nothing new, so the resumption of trade between China and the United States may well depend on the status of talks between the administration of President Donald Trump and its counterpart in Beijing.

However, if the U.S.-China crude trade was strictly about economics, it’s likely that U.S. crude prices will have to fall some more, especially relative to competing grades of West African crude.

CAN WTI COMPETE IN ASIA?

The bulk of the U.S. crude going to Asia is light and sweet, and therefore competes with grades like Nigeria’s Bonny Light BON-E and Angola’s Girassol GIR-E.

While West Texas Intermediate (WTI) futures have dropped sharply since their peak in early October, the price of physical WTI delivered in Houston, as assessed by Argus Media, hasn’t fallen by as much.

Six months ago, WTI Houston was at $75.79 a barrel and the futures were $74.13, showing that since then the investor market has become more bearish on U.S. crude prices than the physical market.

Comparing WTI Houston to Girassol shows that the Angolan grade traded at a small premium on Jan. 4, closing at $56.24 a barrel to WTI Houston’s $53.38.

The small price advantage for the physical WTI is not enough to overcome the higher cost of a longer voyage to Asia, meaning that U.S. crude is currently uncompetitive.

This suggests that U.S. exporters will have to be prepared to offer deeper discounts if they wish to displace West African barrels from the Asian markets.

A further complicating factor is the new output cuts announced by OPEC and its allies, chiefly Russia.

It’s likely that much of the oil affected by the production restrictions will be medium to heavy grades, given that the bulk of the cutting will be done by Saudi Arabia and Russia.

This is likely to tighten the market for heavier grades, which are not readily replaced by light crudes, such as WTI, even if there are plentiful supplies of the light crudes.

This means that even if the United States is increasing its output, there may not be enough demand for light crudes to soak up the extra supply. 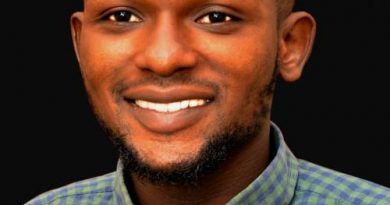 Time To Fix Our Elections By Seun Awogbenle 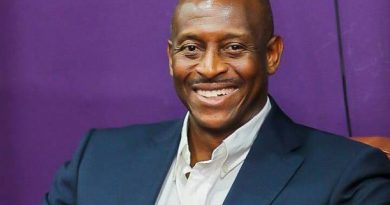 The Director of Health Promotion at the Ghana Health Service, Dr. Da Costa Aboagye says it is encouraging to see