In an announcement via a Facebook post, Onyegbule stated that her resignation had nothing to do with neither her support for President Muhammadu Buhari nor the insinuation that she was joining another political campaign.

She thanked the Kogi State government for the opportunity to serve and restated her commitment to campaigning for Buhari in the 2019 elections.

“Yes, I resigned. Yes, I am still a Buharist. On the 7th of January 2016, I was part of the people inaugurated as the Media and Publicity sub committee for the Inauguration of Alhaji Yahaya Bello as the 4th Executive Governor of Kogi State. This historic inauguration took place on the 26th of January, 2016. By 23rd of February, 2016, I was appointed as the Senior Special Assistant on Electronic Media to His Excellency. I did my best on the role. And in recognition of my efforts, I was promoted to the position of Chief Press Secretary to His Excellency effective 1st of October, 2016,” she said.

“I credit myself for being very passionate about everything I am involved in either officially or as a cause. And I put my all into the discharge of my duties, to the best of my abilities. I invested all of me in ensuring I contributed my quota to the success of the administration of His Excellency as the Governor of Kogi State. Having given my all and in recognition of the fact that the only constant thing in life is change, I am convinced it is time to to move on as I seek fulfillment on another level.

“I am not a new convert Buharist. I was a Buharist when GMB sounded like a taboo to many. I am a Buharist now that we are seeking to take Nigeria to the Next Level. At this juncture, I will like to express profound gratitude to His Excellency, Alhaji Yahaya Bello for changing my story. I am not who I was in January 2016. I take with me invaluable experience money can never buy. Thank you sir.

“Edward Onoja was the one who recommended me for appointment even before we ever met. I will never forget the impact he has had in my life. And to the New Direction family, especially the Media Office of the Governor headed by Kingsley Fanwo, I remain grateful for the wonderful memories which will remain indelible in my heart forever.

“My boss is one of the hardest core Buharists I know. I am no longer part of his government but I belong to the larger Buhari family of which he is one and together we shall all do our bit to make the Next Level a reality by February. The insinuation that I resigned to join any other campaign is wishful thinking taken to another level. And to all my friends on this platform, thank you for having my back always and for all the support. Thank you.” 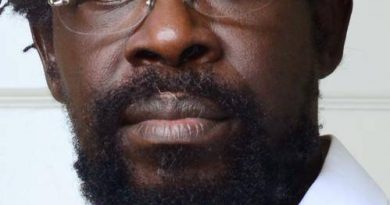 Eid-El-Fitr: We should not relent in our prayers to end COVID-19 pandemic – Nigerians told

Between The Bad Guys And The Good Guys, Who Wins? By Ayo Moses

Don't sell your votes for Akara. Eternal poverty and death awaits you should you fall for this. ... See MoreSee Less

Una see the citizens finish,this is the reason you people will always make us go hungry so I will come asking for food.God is Watching.

This is what they call "see finish " akara for votes. Nigerians should for once get angry and act wisely with their votes. This is really embarrassing

Hungry people are the one doing it and eating it

even if devil himself come say who choose am dem go open hell fire together, he go still get followers...............so na till world end we nr fit wise.

USELESS POST YOU ARE ALL BUSY POSTING ABOUT ELECTION, ARE YOU NIGERIANS NOT ASHAMED YOUR LABOURING COUNTRIES ARE LAUNCHING AT YOU ,DOCTORS IN NIGERIA ARE ON STRIKE YOU CAN'T POST SOMETHING OF SUCH BUSY WITH POLITICS

A political mentor to legions, the mover in the South West, the master tactician of contemporary Nigerian Politics castigated by an envious few simply because he is largely successful at what he does best- Politics!

Even your leaders call him leader.. ... See MoreSee Less

That is the Man, the Jagaban of Nigeria politics

His end has come.

A cocaine peddler in US who was arrested and he has a plea bargain and was left to return back to Nigeria as a poor man who later became a governor and stole so much to be wealthy today. A drug addict of the highest order. Without rigging elections him and his candidates can’t win an election and I see that as a weak man and a coward

Jagaban in lagos not in Edo state

Nothing but empty brain

Na Edo election go carry this man to his 6Feet.

He mean nothing to us here in Edo,he is as worthless as Zimbabwean dollar here

Foolish post from another senseless and shameful youth. Go to great countries and see how politicians value the decision of the people, not godfather saying rubbish. What happens to our critical thinking? Are you too small to lead, old men that have been reckless with our future, you have the right to praise old leaders that have failed us. You should be ashame.

They call them useful idiots. This one is seeking attention hoping to be noticed. Pity. Lazy youth.

This Election in Edo will change so many things in Nigeria, the Government should either listen to the people's or face the people if things are not done well. Nigerians and the world are watching.

BAT is a great man a leader of leaders. Those who are unfit to be in his presence are the ones hauling insults at this great democrat. They cannot talk with reasons but always insulting.

Tech Tent: ARM, TikTok and the battle for tech supremacy