YENAGOA, Nigeria, Jan 6 (Reuters) – A Nigerian militant group said on Sunday it had carried out an as yet unconfirmed warning strike on an oil facility owned by local energy firm Conoil on Friday in the southern state of Bayelsa.

Koluama Seven Brothers, a little-known militant organisation, is threatening a production shut-down as it demands action from Conoil and a traditional ruler called King Solomon Eddy on issues such as job creation.

The organisation said it had “no other option than to launch a strike to shut down Conoil” if demands were not met.

Conoil could not immediately be reached by telephone or email. The Nigeria Security and Civil Defence Corps said a blast was heard on Friday around a Conoil pipeline in the Koluama community of Bayelsa, but a patrol check had not revealed any leaks.

Attacks on pipelines and other facilities in the Niger Delta reached a peak in 2016, cutting Nigeria’s crude production from as much as 2.2 million barrels per day (mbpd) to near 1 mbpd – the lowest level seen in Africa’s top oil producer in at least 30 years.

That, combined with low oil prices, pushed the OPEC member into its first recession in 25 years – crude sales make up two-thirds of government revenue and most of its foreign exchange.

Nigeria emerged from recession in 2017 but growth remains sluggish ahead of a Feb. 16 presidential election. (Writing by Alexis Akwagyiram; Editing by Angus MacSwan and Jan Harvey)

Lack of funding, bane of education in Nigeria — UNIBEN VC 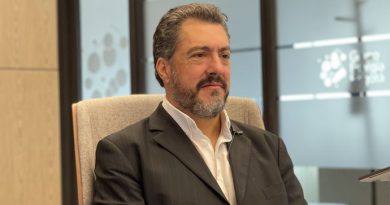 The University of Education, Winneba has postponed the planned doctorate award for the Speaker of Parliament, Rt. Hon. Prof Mike