The past couple of days, I have had two occasions to defend why Nigeria must remain a democracy. On both occasions, my opponents (friends, actually), well-meaning and intelligent, had questioned the cost of running democracy in the country and pointed out other familiar deficiencies associated with democracy. They particularly gushed about the Chinese autocratic system!

My friends are not alone. The love for democracy in the general public is demonstrably waning. In a 2017 Pew Survey, an astonishing 21 percent of Nigerians voted against the democratic system of government.

Various reasons obviously account for why people fall out of love with democracy. But fundamentally, the root cause is connected to the state of economic development. Growing poor economic conditions to be precise. The Pew survey shows a preference for representative government significantly correlates with the economic well-being of the citizens. “Skepticism of representative governance,” as the World Economic Forum affirms in one of its reports, “is tied to negative views about economic conditions.”

For Nigeria, that conclusion couldn’t be more accurate. These poor economic conditions and governance as defined by the Ibrahim Index of African Governance (IIAG) are accountability in government and sustainable economic opportunities. In 2017, Nigeria scored just 42.3 points in the former and 32.7 points in the later, both well below the African and Regional averages.

Meanwhile, promises to turn things around and render “dividends of democracy” has never been in short supply. But these promises never materialise — or never get to the majority. The product of which is the increasing disillusionment with representative democracy in the country.

It didn’t therefore come as a surprise that 38 percent of Nigerians responded “Total good” to the Pew Survey whether autocratic government would be good for Nigeria.

Nigerians’ admiration for autocracy is understandable. When they look at China, for example, with its efficient planning, unrivaled quick execution of projects, and gleaming infrastructures, they can’t help but be amazed.

Indeed, China’s smooth economic growth can be seductive; but it came at a huge cost. Private rights were suppressed. For instance, in China people are required to have a proof of job before they can travel to a city; this is to ensure that millions of job seekers don’t crowd into cities or form slums ringing around its cities. Unlike Nigeria, Chinese authorities have a grip control on what people can say and do online.

There’s no dispute that democracy offers Nigerians freedoms and rights we can never get in autocratic countries. Therefore, despite the mess and unfulfilled aspirations, we have, at least established rights of property and contract, independent courts, peaceful and regular transfer of power through elections (even if they are not free and fair) and rule of law (even if it is often abused).

Yes, there are the institutional challenges and even the ‘Nigerianised’ absurdities, but the story is more telling than the snapshot and headlines. “Things are chaotic,” you say. But it should not lost in us that this country has over seven Ghana within it.

And we must not forget where we are coming from: the long struggle and painful sacrifices that procured us this Democracy.

The obvious question is: Can this democracy be improved? The answer thus far, surprisingly, is: perhaps.

Democracy is barely 20-year-old in this country. It’ll definitely get better as we move along. By the way, there’s no government system that is a silver bullet to all of a nation’s challenges. But I dare say that there’s no alternative to this noisy democracy.

As Winston Churchill famously said, “No one pretends that democracy is perfect or all-wise. Indeed, it has been said that democracy is the worst form of government except for all those other forms that have been tried”. 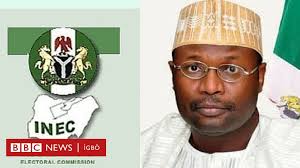 ● Powers assigned against my next level, you are a liar, die in Jesus name

● Every enemies of my next level in life and destiny, expire in Jesus name

● Denis Ulinfoh; hear the word of the Lord, bounce back to unstoppable favour in Jesus name

● Evil hands dragging me into the valleys of pains and misfortunes, expire in Jesus name

● Henceforth oh God, Let all satanic orders; pulling me down from my seat if glory, recieve fire in Jesus name amen

Remain Blessed and do have a prosperous New year.