If you haven’t seen Bird Box yet, all you need to know is that Sandra Bullock is wearing a blindfold for a vast majority of the film. Exhibit A:

In the film, Bullock’s character wears the blindfold to keep from locking eyes with an invisible demon that possess you (and makes you commit suicide) when you look at it. It provides unique challenges for everyone in the film, and apparently for IRL Bullock as well. The Netflix film’s director Susanne Bier recently reported to People that since the blindfold was, ya know, blinding Bullock, she kept bumping into the camera during filming.

“We did have Sandy hitting the camera,” Bier explained to the outlet. “The camera was sort of moving and she was moving, and we had such a great operator who most of the time had this weird dance with her where she was blindfolded and they were both moving around each other. And one time he just got too close.” LOL. 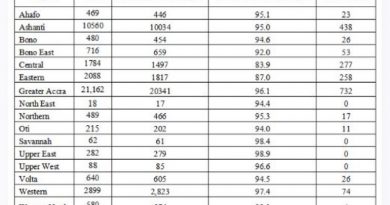 Now is not the time for Quibi, the new streaming service for your phone

Can ad campaigns help reduce food waste or are big brands cashing in on cause marketing?