The year 2019, as nascent as it is, is already bristling with all manner of emotions. From anticipation to hope; from fear to even despair. The chaos of emotions is not unfounded. It is an election year; and if the history of elections is anything to go by, Nigerians have every reason to let their emotions run chaotic.

These emotions, especially fear, heightened on Thursday when the Independent National Electoral Commission (INEC) announced Amina Zakari, supposed niece of President Muhammadu Buhari, as Head of Collation Centre for the 2019 elections. While some, led by the Peoples Democratic Party (PDP), have described the appointment of Zakari as a ploy to rig the 2019 elections, others see the brouhaha surrounding her appointment as making a mountain out of a molehill. But indeed, how powerful and influential is Zakari’s office.

Collation is the tabulation or summation of the votes cast during an election. It is a graphic reflection of the decision taken by the electorate who have exercised their franchise at the poll. There are various levels of collation depending on the type of elections. However, for the sake of credibility, at each level there is always an announcement of votes scored by each party participating in the election.

There are various levels. Results are collated and/or declared at a number of levels depending on the type of election. These include:

Collation and declaration of presidential election result at national level

How Significant Is Collation?

For an election to be successful and credible, it demands proper planning and efficient conduct. The outcome of an election is a culmination of five processes: accreditation, voting, counting, collation and results declaration. Though the first three processes are important, the last two are the critical stages. They can make or mar the whole electoral exercise. If either of these two processes stalls the essence of the exercise might be jeopardized. It is during collation that the results of an election can be doctored to satisfy selfish end and defeat the purpose of election.

It will be recalled that it was at this stage that the military Junta led by General (rtd.) Ibrahim Gbadamosi Babangida scuttled the 1993 election, aborting what would have been the Third Republic. Fresh in recent memory is the drama enacted by Godsday Orubebe, a former minister and loyalist of former President Goodluck Jonathan, at the International Conference Centre (ICC), which served as the National Collation Centre for the 2015 presidential election. The purpose of Orubebe’s momentary disruption and outburst was to render the election inconclusive, having realised that the results were unfavourable to his master’s reelection ambition. That should tell us the significance of collation.

Functions of the Head of Collation Centre

While the fuss about the appointment of Amina Zakari as Head of Collation Centre may not be misplaced or unjustified, the office may not be as powerful as thought.

Findings by SaharaReporters showed that there are 12 members in the aad hoc committee for the National Collation Centre. The committee will ensure that facilities such as power, access to the internet, live transmission for national and international observers as well as security of the venue are put in place.

This is what Zakari, as the chair of the committee, will lead other members in doing. In other words, Zakari is not the Returning Officer at the national level; the INEC Chairman has that onus but inalienable responsibility. Zakari’s brief is to provide logistics and administrative support to the collation centre. The roles spelt out by the INEC make her incapable of influencing the results of the elections.

The Presidency explained on Friday that there is no blood relationship betweeen Buhari and Zakari, but even in that same press statement it admitted that “an inter-marriage occurred in their extended families”. That is implicating enough for the public to fault or question the ethical soundness of the appointment of Buhari’s supposed niece into that kind of office. Nepotism is one thing, the opportunity to use it to one’s advantage is another. Zakari’s presence in INEC will always draw suspicion, but can she single-handedly rig the election in Buhari’s favour? Absolutely not! 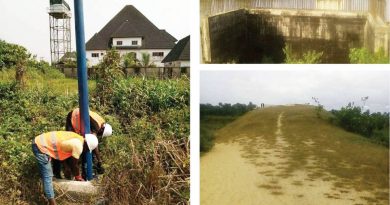 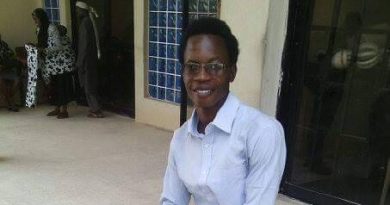 Esan this, Esan that! They made so much noise on media as tho they will give Obaseki 95% votes in Edo Central. One clown even said APC will not get a single vote in his Local Government.

Their performance for PDP in the zone was completely poor. They couldn't even give PDP 60% votes.

This shameless goat is back again

Have you come back from your hiding. People are looking for you ooo

Dis born troway still dey talk, u should be ashamed of yourself, I pity for the parent dat gave birth to an empty brain like u.

JAS I AM FROM OREDO....WE OREDO VOTED PDP..MAKING IT 43 THOUSAND PLUS VOTE FOR PDP........OSHIOMOLE SHOULD CRY BLOOD

Are you still talking? Are you not ashame of your self

Pls tell us the party that won Esan land? Go hide your face for supporting APC criminals like Tinubullion van.

KABAKA AND IZE IYAMU LOST THEIR UNIT TO PDP....SHAME

What of you that said APC will win 3 LG in Esan? How many Una come win? You that could not even deliver your polling unit even with 5k bribe is still talking. Mtchwwwww

You are finally awake. I am not from Esan but the Esan people did well. Mention one LGA in esanland that your APC won

Continue to cry you people as fail completely with you so call Godfather's oshiobaby n tinubu , remember Edo nor be Lagos oh

JAS I beg nor talk again.

U are a mumu person

IZE IYAMU IS THE FIRST MAN IN NIGERIA HISTORY TO LOOSE AN ELECTION BOTH IN APC AND PDP.. POI HAS MADE HISTORY

U are too meagre and ordinary. Mincing words with u is demeaning.

Go and hide your defeat in shame you are just a stupid clown.

THANKGOD U ARE BACK FRM COMA...

Akoko Edo wen you for come, how many votes una take win PDP? You non see the margin wen we take win APC for UROMI.

The most important thing is Edo central deliver

your principal should be ashamed of himself he was defeated in his LG.

Profile PicturesLEAVE WHAT YOU ARE DOING AND
LET US PRAY!!! (just 2 minutes)

Almighty Father
creator of Heaven and earth and everything in between,
we humbly come before you with thanks giving in our hearts,
asking for your never ending mercy.

We lift your name on high,
above any name that has ever existed,
our father and creator,
we ask you to bless,
protect and to pour your supernatural favor upon us,
our children,
spouses and friends.

God we ask you today for divine intervention in our lives,
we ask for your touch in all areas of our
lives,
be it a new job,
promotion,
freedom from debt,
rebuilding of our relationships with our
spouses and friends.

Father any situation you touch,
we believe it can never remain the same.

Father in heaven,
let your will be done in our lives as your decision in our lives is the best and will
always be the best,
please send double portions anointings and blessings in the quickest time to the person who will forward this..
as your name is being worshiped and glorified by multitudes In the name of your
only son,
our personal Savior,
Jesus Christ. AMEN!!!

God is going to shift things around for you
today and let things work in your favor.