The presidency says the Peoples Democratic Party (PDP) made “baseless accusations” regarding the appointment of Amina Zakari, a commissioner in the Independent National Electoral Commission (INEC).

A statement issued by Garba Shehu, Senior Special Assistant to the President on Media and Publicity on Friday, noted that PDP “scored an own goal”, and had no moral right to “keep harassing” Zakari, unless they “have a hidden agenda”, as the PDP administration appointed her when it was in power.

Adesina also clarified that Zakari shares no blood relationship with President Muhammadu Buhari as they are only related by an inter-marriage that occurred in their extended families.

The statement read: “In another mendacious press release, the Peoples Democratic Party (PDP) has continued their baseless accusations regarding Hajiya Amina Zakari, a commissioner in the Independent National Electoral Commission (INEC) accusing her of partiality and casting doubts about her integrity as an electoral commissioner.

“In their desperation, they forget that it was the PDP government that appointed her in the first place and they keep lying, as they have been caught doing on so many issues, by imputing a blood relationship between her and President Muhammadu Buhari. President Buhari and Commissioner Amina Zakari don’t share a family relationship. An inter-marriage occurred in their extended families, so the imputation of blood relationship between the President and the electoral commissioner is a simple lie.

“What is even more curious about all the fuss coming from the PDP is that they, as a ruling party, picked Mrs Zakari, judging her by her own merit and made her an electoral commissioner. She served so well with distinction as can be verified from the records that President Buhari approved the recommendation that she be reappointed, as he did other PDP nominees for second-term of four years.

“PDP, therefore, has no moral right to keep harassing this hardworking mother unless they have a hidden agenda. By this statement, the PDP is guilty of scoring an own goal and two, of harassing an innocent citizen on the basis of a lie, pure and simple.” 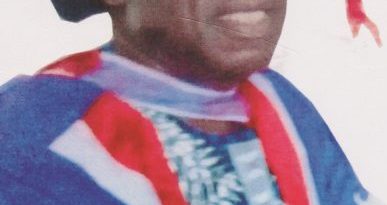 Solving the Mystery of My Missing Menstruation

I wasn’t pregnant, overweight or too thin. I wasn’t exercising too much or eating too little. From all appearances, I