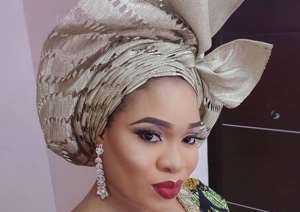 Nollywood actress, Mosun Filani, is not silent at the high rate of missing pants for allege use for ritual sake as the case is now on the increase.

The actress has called on ladies to use peg when hanging their pants and it should be spread in the bathroom away from the windows.

She warned that disposing of old pant should be well cut to pieces before it is disposed for safety sake.

“if you are safe and your pant is not safe, my sister you are not safe o’. ‘Please get peg hangers, dry your pants in your bathroom (not close to your windows abeg o). Don’t just dispose your old pants anyhow, cut them into shreds (focus on the underlay part), or better still burn them out completely. 2019 yii aiye oni ka pata wa Lo o” she said. 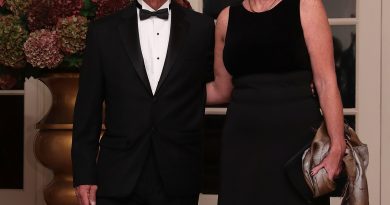 Which candidate are you looking forward to on the Esan Agenda? ... See MoreSee Less

No Edo South will vote for this selfish agenda.. we want a governor with Edo agenda. All Edo will be carry along without any particular ethnic agenda but Edo agenda. Edo must move forward.

Am wondering d motivate behind esan agenda...do you mean only Esan governor ?

As for me we can talk about that when the time comes, not now because it is just too early to be talking about that now. What we should be talking about is how the whole community in Esan Land will have portable water, Constant supply of electricity, good roads, good health care centers, teachers employed in all schools in Esan Land and how factory and industries will come to Esan Land..........

May be they actually mean government of d Esan, for d Esan and by d Esan...many people av be asking me what's d motive behind Esan agenda...

Great work! God bless the works of your hands

The beautiful woman in the picture is Deaconess Mrs Maria Omonigho Okpere, she is my mother and she is a widow in her mid 60's. Amazingly she shares the same birthday with Nigeria's independence, October 1st.

Reasons why the twist. Thank God for his Mercy.

Listen to article The Managing Director for the Agricultural Development Bank Dr. John Kofi Mensah has said, the health of

FG set to address flooding as HYPPADEC takes off soon

Ondo 2020: No plan to collapse our structure for another party – ZLP Structure