The Academic Staff Union of Universities (ASUU) has agreed to participate in the 2019 general election.

ASUU had earlier expressed reservations over the availabilty of students and lecturers for the elections as a result of its ongoing strike.

Professor Mahmood Yakubu, the INEC Chairman, had also earlier announced the commission’s decision to meet ASUU “to discuss the ongoing strike by the union but only in relation to our preparations for the general election”.

“We are concerned that the bulk of critical election-duty staff are drawn from the universities. We are determined to ensure that processes are not affected by the Union’s industrial action. ASUU is a critical partner to the Commission in delivering credible elections. We look forward to the meeting and we are confident of a positive outcome,” Yakubu said.

However, the decision was announced on Friday, after the meeting between INEC and ASUU. 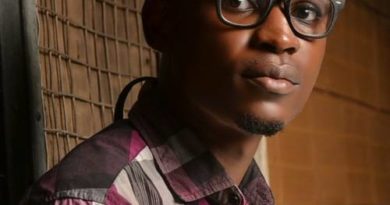 Boko Haram: Danger Of A Single Story By Promise Eze

Amen Amen and Amen have a nice day and you too

Let us have there names oga

The founder and leader of the Ajagurajah Movement in Ghana, Odeefuɔ Kwabena Asiamah has given reasons why the strict enforcement