“The Messiah is here, change is here and corruption is gone” – Nigerians were shouting before the electioneering process in 2015. Sai Baba slogan became the most popular among electorates. ‘Febuhari’ was used to replace February when the election was first scheduled to hold in February and ‘Match4buhari’ was also popular after sudden shift of the election to the month of March in 2015.

The tattered ‘umbrella’ went on exile for the ‘prodigal’ broom to return home. Like sudden restoration of electricity after years of darkness, President Muhammadu Buhari emerged as the ‘light bulb’ but with a very low current.

Like one of the lyrics of Late Fela Anikulapo Kuti: “people wey know, no dey happy but people wey no know, them dey look” until the restored electricity fails to power good and quality appliances.

Buhari emerged after wrong political calculations by the People’s Democratic Party (PDP) even as an incumbent force.

I get perplexed when I reflect on the avoidable killings that have occurred under the administration of Sai Baba. In fact, the entire northern part of the country can simply be tagged: “Theatres of blood” with hundreds of souls wasted in Zamfara, the continual massacre in Benue, Borno, Plateau, et al.

No! we never bargained for a Nigeria where blood reaches every home than water, where humans tears flow to the flooded stream daily, where parents prefer to keep their children at home to avoid being kidnapped in schools and a nation where Boko Haram can only be “technically defeated”.

There is, however, a big problem. The major opposition, Atiku Abubakar is one of those that put Nigeria’s democracy under siege since 1999. They have both ruled us directly or indirectly. They are both unrepentant failures.

I have met paupers in the rural part of Nigeria who reserved the worst of curses for the duo and if their curses are answered, the hottest part of hell shall be reserved for Buhari and Atiku who have always been part of stealing or covering terminal benefits belonging to all Nigerians.

While there are lots of rumours and news stories that Atiku cannot travel to America due to corruption allegations, Buhari on his part has also failed to genuinely deal with corruption under his administration. The noise of corruption is not alien to Nigerians and most people are no longer interested in a saint.

Sacking Buhari and his party, the All Progressive Congress (APC) is very moral at this time but employing Atiku is morally wrong and disastrous because it is not about the president alone but also about the having worst version of Dasuki who remain in PDP and Oga Ganduje of the APC.

The sins of Buhari are heavy but Obasanjo’s documentary on Atiku is scarier even though he (Obasanjo) is also holding the title of “grandfather” in the game of corruption.

A sane mind will agree that it is not who govern us that matters, but how we are being governed. Also, the way we manage issues relating to religion, ethnicity, infrastructure, economy, education and security among others is important. These should be our cry when casting our votes and not unnecessary arguments on zoning. Afterall, the argument of zoning has no place in the constitution of the Federal Republic of Nigeria.

They (Buhari and Atiku) may be defeated if rule of law is allowed to play for they are not alien to episodic failures. If Jonathan can be removed for national interest sake in 2015, democracy should again repeat itself in February. 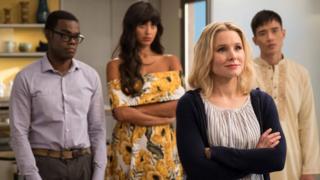 COVID-19: Hundreds of travellers stranded at entry points into Sokoto

The Chairman of the Council of State has been petitioned to remind the Paramount Chief of Talensi, Naab Kugbilsong Nanlebegtang,