The Miyetti Allah Kautal Hore Fulani Socio-Cultural Association has called on Higerians to reject the presidential candidature of Atiku Abubakar of the Peoples Democratic Party (PDP) because he “hates” Fulani pastoralists.

The association also says the 2018 report of Amnesty International Nigeria on the clash between farmers and herders is “false and unsubstantiated”.

The group disclosed this on Thursday in Abuja at a press conference at the end of an emergency meeting.

According to Abdullahi Bello Bodejo, National President of the association, after thorough review of the report, the group found that a substantial part of it “is not only false, but written to satisfy their paymasters and further stoke the conflicts”.

He noted that the “hired Amnesty International researchers did not deem it fit to interview the leadership of the herders and families of herders affected by the conflicts in the areas they claimed to have visited”.

Bodejo explained that the association had collaborated with security agencies to find solutions to the farmers/herders conflict, and called on government to closely monitor the activities of the organisation, particularly their source of funding.

He faulted the hasty conclusion of the report, adding that the fact that “it was quick to dismiss the efforts of the security agencies in ending the conflicts suggested clearly that Amnesty International activities in Nigeria have been hijacked by mercenaries”.

Meanwhile, he condemned the “desperation of Atiku Abubakar, the presidential candidate of Peoples Democratic Party (PDP), for feasting and capitalising on the report with the view to garnering political capital from the farmers/herders conflict” and “called on Nigerians not to only condemn him for the hate and naked dance in the market place, but to totally reject him as presidential candidate”.

According to Boyejo, Atiku’s intentions are inimical to progress, development and peaceful coexistence of the country.

He continued: “We are calling on His Royal Majesty, the Lamido of Adamawa, to strip Atiku Abubakar of his title as Waziri Adamawa for his open hatred for Fulani pastoralists, and surrounding himself with ethnic and merchants that have been profiling the Fulani race and calling for their genocide.

“We are consequently directing all our members nationwide and other Fulani groups to embark on massive campaign against the presidential aspiration of Atiku Abubakar, because he does not mean well for the pastoralists and the country.”

He also appealed to President Muhammadu Buhari to instruct security agencies to monitor Atiku, “considering the volatile and inciting statement he made against herders”. 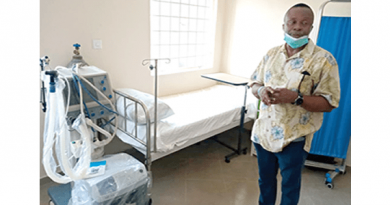 huncle com back to nigeria and live wit us den u can ask dis questions again...