The public space has been awash with commentaries as to the illegality and unfairness of the siege laid at the residence of distinguished Senator Dino Melaye (Dino) by men and officers of the Nigeria Police Force. Unfortunately, most of those commentaries have only weighed heavily on morality and political sentiments.

The beauty of law is that it is no respecter of persons. Insofar as the due process of law is followed in proceeding against any individual perceived to have run fowl of the law, it is legally irrelevant that the timing of the arrest of the individual in question is “politically motivated” or that the arrest is coming on the heels of an electoral contest between the individual and his political opponents. After all, we have seen in this country were a man was elected a senator of the Federal Republic of Nigeria while in detention.

Therefore, as ministers in the temple of justice, we have an abiding responsibility to God and to humanity to rise above the fray and the cacophony of voices and point to the right direction subject however to judicial intervention and resolution in the long run.

One thing that has remained constant like the northern stars in this Police and Dino imbroglio is that Dino was sometime in July 2018, duly invited by the police authority to turn in himself for interrogation and investigation over alleged criminal conspiracy and attempted culpable homicide – shooting of one Sgt. Danjuma Saliu, attached to 37 Police Mobile Force while on stop and search duty along Aiyetoro Gbede, Mopa Road, Kogi State and he spurned the police invitation.

The distinguished Senator Dino did not approach any court for a restraining order against the Police in that regard. The police authority for reasons best known to it, chose to activate the due process of law in arresting and prosecuting Dino at a time like this – less than six weeks to the generally elections in which the senator is also seeking re-election to the Senate.

What does the law say in this respect? Section 12 of the Administration of Criminal Justice Act (2015) (ACJA) unequivocally states thus:

The police can therefore lawfully maintain the siege at Dino’s residence whilst perfecting plans to break into same since they have reasonable suspicion or believe that Dino is in the premises. Dino has dared the law by spurning police invitation without recourse to the court of law which has always been the last hope of the common man.

In the unlikely event that the police choose to forcefully break into Dino’s residence to effect his arrest if found therein, the police MUST however use reasonable force in the circumstance to avoid fatality as occasioned in the case of Ibukunle v. State (2007) LPELR 8086, where some police officers broke into a house to arrest a suspect but one of the arresting officers unlawfully shot dead the suspect who eventually turned out to be the wrong person and not the suspect sought to be arrested. The trigger happy police officer in that case was convicted and sentenced to death by hanging and the judgment trial court was affirmed by both the Court of Appeal and Supreme Court.

The seeming public outcry against the police siege is simply a storm in a tea cup. The police authority should ordinarily move swiftly and clinically in putting the whole matter to rest. It is immaterial that the election in which Dino is a factor or participant is in the offing. Dino and his team ought to be smarter in the circumstance. They know what to do but the due process of law must not unnecessarily be confused with the politics and electoral contest of February 2019. Nigeria as a country must at all times function maximally whether in election season or otherwise. It was Lord Atkin who as far back as 1941 in the celebrated case of Liversidge v. Anderson (1941) UKHL 1, opined with inimitable judicial flavor thus:

“In this country amidst the clash of arms the laws are not silent. They may be changed but they speak the same language in war as in peace…”

Accordingly, government institutions and the citizens should comport themselves creditably well and in the process make it clear like never before that in this great nation Nigeria, amidst the clash of political interests from varying political actors the laws are not silent. They may be changed in due course but they speak the same language whether before, during or after every electoral contest for the good and progress of the country.

It is however suspected that the police may have chosen not to deploy the instrumentality of section 12 (1) of the ACJA by breaking into the residence of Dino to effect his arrest (that is, if he is truly in the premises as claimed by the police authority) since the distinguished senator had once shown that he is indeed suicidal and volatile. Wisdom they say is profitable to direct and I sincerely believe that is what is playing out in relation to the unusual restraint been exhibited by the police in this instance.

In all, Dino is respectfully advised to surrender to the police as a distinguished senator that he is and so remains or approach the court as the court is readily available to protect him against any perceived tyranny and high handedness by the police and the police should on its part beat a tactical retreat as Dino can always be arrested at any other time apart from now. It is difficult to beat a drama king in this kind of drama. 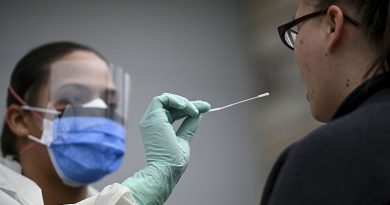 Politicians can never and will never be the solution to our problems, let's start taking our minds off them.
#NYM 🇳🇬 ... See MoreSee Less

Our members in favour of withdrawal of Public University Bill – UTAG

Insecurity: Ekiti sets aside N1.4bn for Amotekun in 2021 budget