Recently, 71 members of the lower chamber of the National Assembly (NASS) and some notable Nigeria’s have called for a switch from the American styled presidential democracy to the Westminster model, otherwise known as parliamentary democracy. The 71 legislators who have already sponsored an alteration Bill argued that the change is necessary because parliamentary democracy is better at delivering economic growth, development, and efficient in conducting government business than presidential system. In fact, the legislators went further to state that “empirical studies” show countries under presidential system record low economic growth than those under parliamentary system. What they failed to do was to show us the empirical evidence. Other people like Professor Ango Abdullahi argued that presidentialism should be abolished because it’s corrupt and expensive. The question is: how true are the arguments of the pro-Westminster model? This can only be ascertained by carefully examining both forms of government, looking at the intellectual and political arguments, and what exactly led to Nigeria abandoning the Westminster model for presidential democracy. I will end by explaining why Nigeria is having challenges recording economic growth as expected.

Britain, which is the paragon of Westminster majoritarian democracy has one elected parliament (unicameral legislature), even though there’s a House of Lords, which does not have substantial powers. Members of parliament are elected in a direct election. Amongst them, a Prime Minister (first among equals) is elected who heads the government and also constitute his/her cabinet by appointing elected parliamentarians, not outsiders, as Ministers, who with him/her, are “collectively responsible to parliament through the confidence mechanism, by which a parliamentary majority may remove and replace the executive between elections.” This was the system of government bequeathed to Nigeria by the colonial masters before the country relapsed to military dictatorship in 1966. In parliamentary democracy, there is no separation of power. Instead, both legislative and executive powers are fused in one body, which explains why it is considered less expensive to run. However, the absence of checks makes it difficult to check the excesses of an all-powerful parliament as is the case in the United Kingdom.

In addition to this advantage, scholars like Jaun Linz have argued that parliamentary democracy is more conducive to stable democracy than presidential system, and this applies to political societies with deep political cleavages and numerous political parties. He also argued that it offers more hope for preserving democracy. Based on Nigeria’s First Republic experience, this argument is constable. Nigeria had (and still has) deep political cleavages with numerous political parties that were essentially ethnic parties in the First Republic, yet parliamentary democracy broke down. Another downside of parliamentary democracy is that it has no term limits. Theoretically speaking, is possible to have a PM for life if he/she enjoys the confidence of their colleagues. This form of government is common in continental Europe.

The American styled presidential democracy is common in the Western hemisphere. Unlike parliamentary democracy, both ceremonial and governmental powers are invested in one person – the President. Presidential democracy has term limits; it has clear separation of powers between the three tiers of government, namely, executive, legislature and judiciary, which are all independent. The former are separately elective arms of government. Pure presidential democracy has bicameral legislature in which the two Chambers are equally powerful, not like France’s and Italy’s bicameralism where the Senate is honorific. Presidential system is known for efficiency in political results and governance, representativeness of the entire political society and checks and balances which is not found in parliamentary democracies.

In terms of economic performance, studies by William Keech and Kyoungsan Park, Dian Evans, to mention a few, have shown that presidential system brings about open trade policies and more spending, while Jose Cheibub’s study shows that parliamentary democracies have 1.5 higher average per capital income and 1.5 higher average rate of economic growth rate than presidential democracies. This is the argument of the promoters of the alteration Bill in Nigeria. But as we shall see, switching to parliamentary democracy does not imply Nigeria would immediately start reaping economic benefits. Cheibub’s study also shows that presidential democracies are more likely to slip into dictatorship than parliamentary democracies are. Latin America is a good example. Another downside of presidentialism as indicated in Joseph Robbins study is the tendency of the powerful president to circumvent the power of the Congress to make laws as seen in America, and the executive power Presidents’ wield in Russia and Ukraine which is equal to that of the legislature.

There is no amount of political engineering that Nigeria would embark on that would yield the kind of result the reports of the Constitution Drafting Committee(CDC) of 1975 and that of the Political Bureau of 1986. These bodies had some of the crèmein Nigeria who painstakingly debated how best Nigeria can forge a durable political order. Bearing in mind the personality clash I the First Republic, between the Head of State, Dr Nnamdi Azikiwe, and the Head of Government, Sir Abubakar Tafawa Balewa which culminated in Nigeria’s first military intervention in 1966, the CDC stated in its report that “the unity of a single executive clearly conduces more energy and dispatch than disunity of many wills.” Elsewhere, the report also states that “the chief executive must function as (i) a symbol of national unity, honour and prestige; (ii) a political leader in his own right (iii) someone who can leadership and a sense of direction to the country. This can only be found in a presidential system of government. Hence, its recommendation.

While working on the transition to civil rule under the Ibrahim Babangida’s junta, the Political Bureau stated in its report that no issue attracted more attention in the course of its assignment like the issue of form of government. The Political Bureau which recommended presidential democracy also stated that some Nigerians in their submission said “neither the 1963 nor the 1979 constitution failed us, it was the actual behaviour of the operators that failed us.” This resonate with contemporary Nigeria. Based on this, it then means that whether the country switches to parliamentary democracy or semi-presidentialism as practiced in France without attitudinal change from the ruling elite, this argument about parliamentary democracy having the capacity to engender economic growth and also end corruption will only amount to nothing but wishful thinking.

Yes, it is a fact that presidential democracy is expensive and also leads to waste of scarce resources as some have argued. But that is not actually the reason why Nigeria has not witnessed economic growth under presidentialism. Nothing has had deleterious effect on governance, economic growth and development in Nigeria like the grand corruption of the 1960s and 1980s which led to the coupists’ intervention in the past. Sadly, the same act is deeply entrenched in the current dispensation, and the NASS which is calling for a change to parliamentary democracy is culpable.

Sometime in 2010, the then Central Bank Governor, Mallam Sanusi Lamido Sanusi complained about the growing overhead of the NASS which kept raising from 21% in 2008, to 26% in 2009, and 25% in 2010 overhead of the national budget. According to him, the rise was more than any other component of the national budget. This generated a lot of tension, as those implicated attempted to make damage control without success. While the Governor remained resolute, the fact still remains that he was right, as no one could prove to the contrary. Given the steady increase in NASS’s overhead, it’s possible the percentage is higher today, especially now that a Senator’s take home is N14 million per month; that is aside what comes from budget padding, extraction from oversight functions to Ministries, Departments, and Agencies, to mention a few. All of these monies are expended on servicing a parliament that is not productive while railway, electricity, industries, hospitals, roads and other infrastructure needed to drive economic growth are not functional. To compound the problem, unemployment and under-employment are at an all high. How can a nation achieve economic growth under such condition when resources that should be channeled into capital projects end up in servicing profligacy?  What our legislators clamouring for a switch to parliamentary democracy fail to understand is that, the profligacy they indulge in has consequences on inflation rate which is currently in double digits. That is why Sanusi clearly stated that NASS overhead was a threat to economic growth.

What is obstructing economic growth in Nigeria is not a creation of presidential democracy as presented, but greed and corrupt acts of the governing elite which is not restricted to any form of government as the Nigerian experience has shown. Therefore, Nigeria does not need a change in form of government to record economic growth and end corruption. What it needs is transparency and accountability from a fiscally responsible government, be it presidential or parliamentary, and a sense of nationhood from a class of ruling elite that is selfless, committed to seeing Nigeria become an economic hub in world, and working towards it.

Lastly, Ghana is a presidential democracy with a single digit inflation rate (9.6) and an impressive economic growth rate which more than doubled in 2017 to 8.5%. Its economy expanded at a fast rate in five years. So what are the proponents of parliamentary democracy saying?

Ihembe, Ayankaa Martin is a Doctoral Candidate at the University of Ibadan with 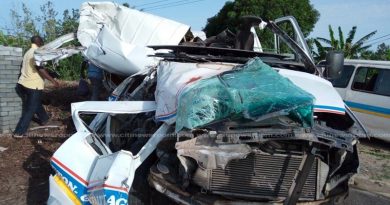