Peter, Evan and Brian work at a small technology firm based by the beach in Santa Monica, testing software and fixing bugs.

On first inspection it seems like any other Los Angeles-based company, with tasteful art on the white walls and calm-inducing diffusers dotted about.

Peter describes the working atmosphere as “quiet, but fun”, and especially likes the fact that there is no pressure to socialise, while Evan says of his employers that they are “very accommodating and understanding”. Brian describes his office as “unique”.

Auticon, previously known as Mindspark, is one of only a handful of companies that cater exclusively for employees who are on the autistic spectrum.

It was founded by Gray Benoist who, as the father of two autistic sons, saw few options in the workplace that could cater for their needs.

“Both are incredibly capable and smart and deserve an opportunity to be able to express that,” he told the BBC on a recent visit to the company.

“I felt that the gap had to be filled and there was no other way to fill it than by taking action myself.”

He started the firm in 2013 and it has now grown to more than 150 employees. His oldest son, also called Gray, now works in the finance team.

“Our mission is about enabling a group who have been disenfranchised. There are many segments of society that are under-utilised and people on the autistic spectrum are one of them,” he said.

Peter had worked in “normal” offices before but they did not seem very normal to him. In fact he compared his previous working life to an episode of Survivors, a BBC series depicting the lives of a group of people in the aftermath of a flu outbreak that has wiped out most of the human race.

“It was all very tricky to navigate and understand. I failed to make social connections,” he told the BBC.

Evan describes how at previous jobs he would “just sit and listen to a podcast by myself while I ate lunch”.

Autism affects more than one in 100 people according to the UK’s National Autistic Society, but fewer than a quarter of these will go on to full-time employment.

Many fall at the first hurdle because anxiety, which can often be heightened for those on the autistic spectrum, makes even the prospect of a job interview very intimidating.

“The list of things you are not supposed to do in an interview is practically a definition of autism. Don’t look away, look the employer in the eye, sell yourself. All of these are very difficult for autistic people.”

Brian desperately wanted to utilise his computing skills in the workplace but felt put off applying for jobs in the competitive tech world.

“There is a lot of pressure. You have to compete against other people,” he said.

Clearly overwhelmed by the prospect, he worked in some menial jobs instead – including in a grocery shop and washing cars – neither of which was utilising his talents and were, in his own words, “not going anywhere”.

Some firms have found ways around the traditional interview process. German software firm SAP, which also employs those on the autistic spectrum, offers candidates the chance to build Lego robots instead of a formal interview.

“That shows problem-solving skills and commitment to a task,” said Mr Silberman.

And SAP obviously thinks it is worth it, pointing out that employing autistic people is not done out of “charity” but because it “boosts our bottom line”.

As well as having heightened anxiety, autistic people often struggle with social interaction.

So, at Auticon, if employees want headphones because of noise sensitivity they can have them. They also have the option to work in a dark room if they prefer, they don’t have to take lunch breaks if they do not want them and if they do not feel able to communicate verbally with their team-mates, they can use messaging apps instead.

If things get too much for someone, they are entitled to “anxiety days off”.

“Sensitivity to our employees’ issues is our first priority,” said Mr Benoist, “but that means putting the processes behind that to ensure you still deliver the highest quality to your client, which requires thought about how projects are put together and how resources are assigned.”

And when it comes to the dreaded employee review, there is an emphasis on not being critical.

“It is all about good human resources principles, it is something that other firms could easily replicate,” he added.

Mr Silberman is not convinced that segregated offices are a good idea because he thinks that both autistic employees and their more neuro-typical co-workers can learn a lot from working together.

“By learning how to manage neuro-diverse employees, employers also learn how to help every employee,” he said.

“Look at Bill Gates, who definitely had autistic traits. He has grown socially and is now a great philanthropist.”

There is a four-week training schedule at Auticon which decides whether candidates are suitable for longer-term employment.

Some do not make the grade, especially those who are pushed by their parents to apply for a job despite having no passion for coding, and it is important to point out that there are lots of autistic people whose interests lie elsewhere.

For those who are successful at Auticon, the team appear to be hugely supportive of each other even if they don’t all go out for lunch together.

When new office space was designed recently, employees asked for it to be open-plan rather than closed cubicles.

Brian and Evan both now enjoy lunch breaks with their co-workers, although Peter still finds it “hard to pull myself away from work”.

But, perhaps tellingly, all three regard Auticon as a job for life.

That is a lesson that other companies should take note of, thinks Mr Silberman.

“For many autistic people, if they find a place where they feel supported and feel their skills can thrive they became very devoted and loyal and don’t move on. And that saves companies money because they don’t have to retrain people.” 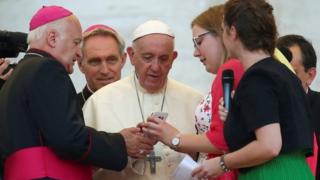 Pope Francis: It’s good to talk, but not on mobiles 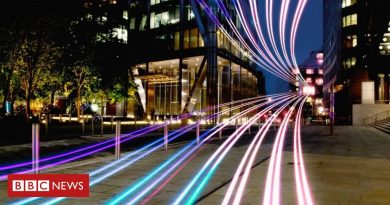 One in four UK homes ‘can access 1Gbps broadband’