Nuhu Ribadu, former Chairman of Economic and Financial Crimes Commission (EFCC), may face disciplinary action for his alleged anti-party activities, the state chapter of the APC has said.

Arising from an emergency meeting on Tuesday night, APC, through its state Publicity Secretary, Mohammed Abdullahi, warned Mallam Ribadu to desist from his planned sabotage of the party’s governorship candidate.

“If need be, the APC will take disciplinary action against any erring party member, however highly placed,” Abdullahi threatened.

The former anti-graft czar had addressed the press in Yola after his appointment as Director Fields Operations in the Buhari campaign Council, hinting that his campaign structure would not campaign for the reelection of Governor Jibrilla Bindow.

All supporters of Ribadu who spoke at the event distanced themselves from the Bindow campaign machinery, insisting that their support is for President Muhammadu Buhari’s re-election alone.

The Nuhu Ribadu group, which is popularly called the ‘BLACK CAP MOVEMENT’, further accused Bindow’s camp of secretly sabotaging the Buhari campaign. “We know them, and we know who is truly their presidential candidate,” said a Black Capper.

However, at a press briefing held at the state party secretariat, Abdullahi accused Ribadu of attempting to run a parallel campaign, which the party will not condone.

Adamawa APC executives also threatened to deal decisively with any party stakeholder who campaigns for Buhari without supporting all other APC candidates in the state, especially Governor Bindow.

The party EXCO said it expects all hands to be on deck given that it will soon commence its statewide campaign.

Warring camps within the Adamawa APC are already exchanging hot verbiage, each camp claiming superiority and authenticity in the Buhari re-election campaign bid.

This latest move has further polarized the state chapter of the APC in Adamawa where supporters of those for or against the Governor are already at daggers drawn and set for a battle which, if not quelled, will dim the party’s chances in the 2019 elections.

If Nigeria breaks up, restructures, our lives may not improve – Pastor Sam Adeyemi 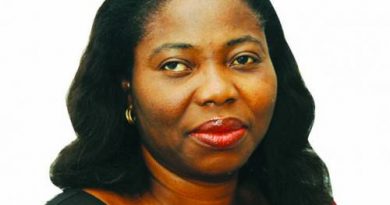