Character is generally referred to as the distinct qualities (moral, temperamental, natural, mental, psychological, etc.) of a person that distinguish them from others (https://www.collinsdictionary.com/dictionary/english/character). The reference to a person’s character is, ipso facto, a reference to the quality of their personality, an appraisal of their moral and ethical worth, and a verdict on their reputation in society. Because character assessments are not usually auto-projected, the verdict could sometimes be subject to unbridled perception.

In The Character Strengths and Virtues (CSV) Handbook of Human Strengths and Virtues, authors Christopher Peterson and Martin Seligman identified six “core virtues” from which twenty four character factors are deducible. They include creativity and imagination, open mindedness, bravery, persistence, integrity, vitality (zest, vigor, energy, etc.), love and compassion, social intelligence, kindness, leadership, forgiveness, hope, humor, leadership qualities, self-control, etc. When the factors listed above are present in an individual, such person is said to be of a high character net worth. Those factors also align with the nuance of an Omoluabi in the Yoruba world view.

In Omoluabi – The Description of a Complete Human Being, Chief Solagbade Popoola listed characteristics (or “virtues”) of a rue human being. According to him, an Omoluabi is a person of flawless character and high moral pedigree. An Omoluabi carries the burden of society, and is “committed to building a better self, family, community, nation, and world.” In his article Human Personality and the Yoruba Worldview: An Ethno-Sociological Interpretation (https://www.researchgate.net/publication/242365526_Human_Personality_and_the_Yoruba_Worldview_An_Ethico-Sociological_Interpretation), Ademola Fayemi posited that the concept of Omoluabi denotes “a demand for an explanation for determining a paradigm of reckoning with the social worth of a person.” Thus, each time we proclaim a person an Omoluabi, we affir their moral worth, their honest industry, their communal citizenship, and their social values. An Omoluabi is that person of unblemished character we can honestly be proud of – a person we wish were sired by us, or one we wish was a member of our immediate family.

Omoyele Sowore is an Omoluabi by every standard, especially considering how the timeless posits in the literatures reviewed above are apt descriptions of Sowore’s widely celebrated persona. Sowore’s moral uprightness, his bravery and candor, his vitality, fairness, leadership strengths (how else could he have built a nationwide movement and party from zero to hundred within nine and four months respectively?), and his unflinching and total commitment to building a progressive and prosperous, fair, equitable, just, and egalitarian society are character traits that even his strongest critics allude to.

It is the duty of all omoluabis of society to embrace this rare opportunity we have to steer our country towards the paths of peace and progress, since it is actually the act of an Omoluabi to promote the rarity of moral forthrightness in society. Sowore’s character as a pro-democracy activist is untarnished. So also, his omoluabiness encapsulated in his no-nonsense zero-tolerance-for-brown-envelope practice of journalism. It is, therefore, “in his character” to courageously say the truth to power, defend the powerless, and give succor to the deprived. It is in his character to doggedly seek the truth, fearlessly report that truth, and dare possible reprisals from those whose ox is gored by his proneness for the revelation of that which is maliciously hidden. That he decided to throw his hat in the ring and therefore put himself in harm’s way in a determination to pursue the just and equitable for society is yet another confirmation of his selflessness.

Elie Wiesel was right: “without memory, there is no culture. Without memory, there would be no civilization, no society, no future.” In analyzing the character worth of candidates in the forthcoming elections, we must allow our memory to serve us right. Who lacks character amongst the candidates? Does Sowore’s stand for the truth and the just mean a lack of character? Does his readiness to face up to our bullies – those shameless, wicked, malicious, and thieving misleaders who have held our country by the jugular since independence… those who have raped our psyche, plundered our common heritage, battered our economy, and sentenced our people to untimely deaths – is courageously facing up to them equal to “disrespect for elders” and therefore a character flaw?

To put the point in context: was Rosa Parks disrespectful of the segregation laws when in 1955 she refused to yield her seat to white riders? Was Barack Obama disrespectful of the older Donald Trump in Detroit in October 2018 when of Donald Trump he said: “Throughout human history, certainly throughout American history, politicians have exaggerated. But what we have not seen before in our public life is politicians just blatantly, repeatedly, baldly, shamelessly lying. Just making stuff up.”? Was Jesus Christ disrespectful of the religious leaders of His time who he routinely called hypocrites and fox? Is it bad character to courageously espouse the truth in a bid to set society free?

In African societies, an uncouth elder is never shielded from ridicule. In fact, the Yoruba worldview recognizes a sharp distinction between an “old man” and an “elder”. An old man is so-described solely because of an “advanced age” that may or may not have added value to society. “Elder,” on the other hand, is a title befitting an Omoluabi. Only a very few geriatric politicians in Nigeria deserve to be called “elder.”

The claim therefore by the Nigeria Elections Debate Group (NEDG) that Sowore lacks character reflects the warped, unreasonable, and unbalanced moral compass of society. Our society has gone to the dogs; our sense of right and wrong has been completely eroded by the shenaniganism of socio-political expediency. Ours is a society where a person’s worth is measured by the size of their pockets, and where “the honest of society is the butt of society.” Else, how do we even imagine an Atiku being qualified to stand in a debate that a Sowore is disqualified from, based on “character”? How did we get here? Yes, “without memory… there would be no civilization, no society, no future!” 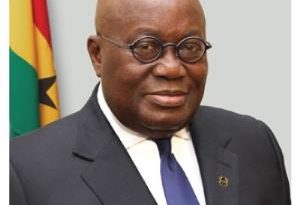 Listen to article “Agona East District Assembly has distributed a total of 37,000 Nose Masks to prevent the spread of

COVID-19 MPs turning up for work, Parliament threatens to expose them