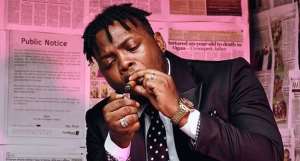 Seeing the New Year is a big deal and worth celebrating as many lives have passed away in the cause of hustle in 2019 and singer, Olamide, has no better way to celebrate his day than with cigarette.

The singer while pondering on how to plan and have a good year 2019, shared photos of himself having a nice time with some pack of cigarettes to usher in the New year. 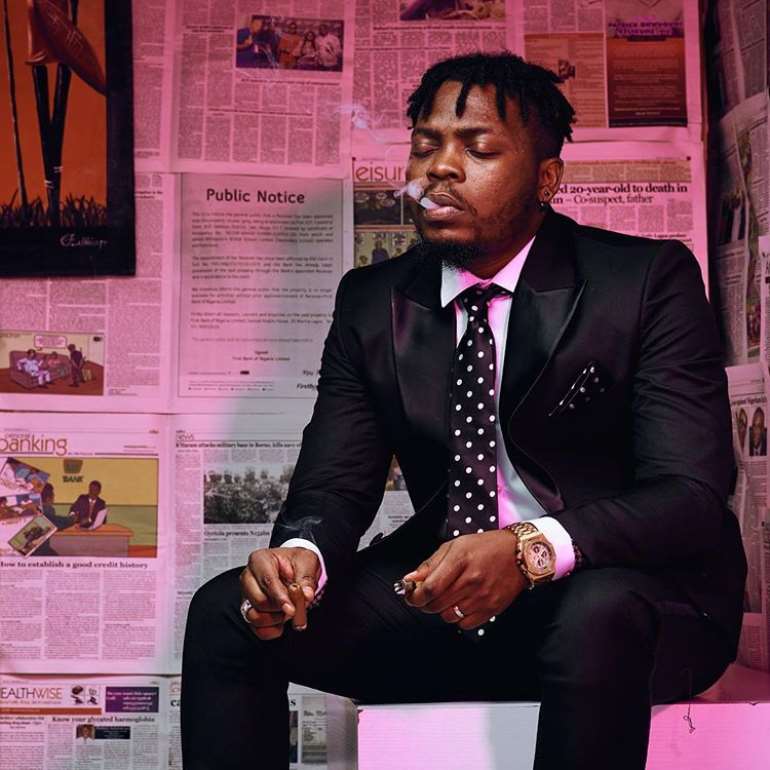 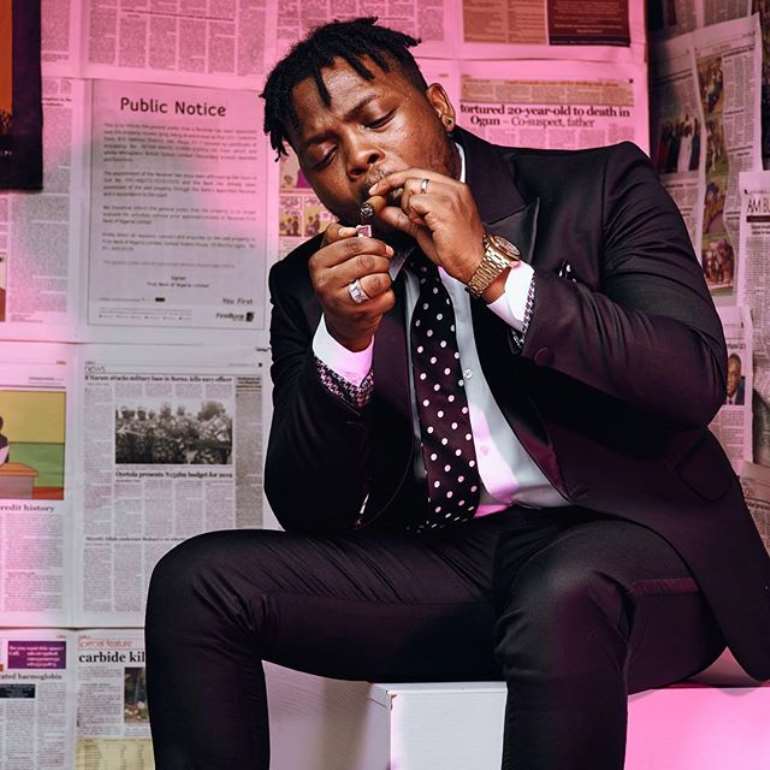 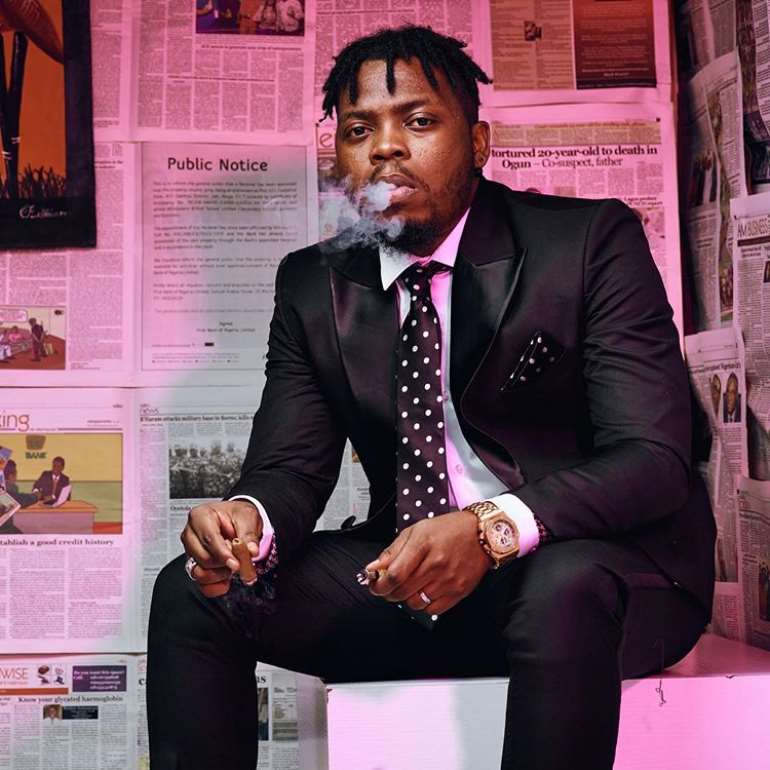 Wike: Obaseki’s godfather and the drama ahead

Alliances can make and mar us. Jehoshaphat king of Judah (south of Israel) was a man who sought the face of God. He was a decent ruler. But his yoking with kings of base virtue ruined his legacy. In particular, his dalliance with the house of Ahab and Jezebel impaired his bloodline and nearly cost him the glory of Yahweh.

Power is a principal thing but the path on which we tread to its courts matters. I think it is hypocritical fighting a system but at the same time enjoying the dysfunctionality of that system.

But what is next for Obaseki? Will he rebel against his new ‘’godfather(s)’’ in the PDP who gave him the platform to fulfil his ambition? And is his re-election the end of godfatherism in Edo as he bravoed? I think not.

As I said in a previous article, ‘’our political process is cannibalistic; it is dog eat dog. National interest succumbs to group and individual interest in our brand of politics. It does not reward rebels or people of independent disposition. To chance on political office, you must contort your principles and personal integrity to fit into the agenda of the keepers of the political platforms, notoriously regarded as the ‘godfathers’. The godfathers control these political platforms. They hold the reins of political progression. So, as long as the present political ecosystem subsists, godfatherism will remain in Nigeria.’’

Really, I see Obaseki fleeing from one godfather drama to another. The governor will realise soon enough that his new political benefactor, Nyesom Wike is an absolutist; a one of kind godfather. Wike combines brute with arrogance. He does not fancy otherness or contraries. It is his way always.

The governor of Rivers state runs the PDP – by virtue of the resources at his disposal. The party conforms to his whim and caprices. It is said in PDP circles, you cannot get anything done in the party without Wike’s blessings. In September 2018, he threatened that there would be consequences if the PDP moved the party’s national convention away from Port Harcourt. The leadership of the party quickly fell in line.

When Wike sneezes the PDP catches cold. Clearly, Obaseki understood this as he hurriedly paid obeisance to Wike soon after he defected to the PDP – when the APC rejected him. In the build-up to the Edo election in June, Wike threatened to withdraw support for Obaseki over a publication alleging he was in cahoots with some persons to stop the Edo governor from participating in the party’s primary election – and as it is customary there was grovelling and back-bending to the godfather and ‘’national governor of the PDP’’.

Wike was named PDP Edo campaign DG principally as a recognition of his pre-eminence in the affairs of the party. He is the PDP. He holds the reins of political progression in the party. He calls the shots. He is the godfather.

But how well can Obaseki navigate through the relationship maze with Wike who is erratic, impulsive, short-tempered and domineering?

Well, I foresee that there be will spheres of conflict between Obaseki and Wike; not necessarily as regards areas of administration in Edo, but on differences in political interest and pursuits.

Obaseki must beware of the new godfather and the godfathers in the PDP. Wike fights dirty. ... See MoreSee Less

Would Governor Gandola of Kano state had been Pastor Ize-Iyamu's godfather if he had won the Edo State governorship election? Because both him and Governor Nyesom Wike came to Edo state for same assignment for their parties, APC and the PDP.

If there would be any godfather to the governor it is the people not an individual. Because the people put him there, not one person as you have imagined. Go and look for a better job to do because Edo people own the governor. Power belong to the people. That is the main objective of PDP that makes more Democratic.

Give Him praise and honour because salvation is free, and things are now ready in heaven for us,Hallaluyah (psalm 68:20). ... See MoreSee Less

The supreme court will sack Obaseki and this is why, he breached the electoral provision that bars anyone from participating in primaries of more than one party in the same election.

I know you will say Obaseki didn't take part in the Apc primaries because he was disqualified. The supreme court don't think so. The supreme court gave a very wide interpretation of the meaning of PARTY PRIMARY. Below is an extract from Supreme court pronouncements in the case of Nwosu:

“The spirit of the law forbids anyone to CONTEST for nomination under two or more parties in same election or even START THE PROCESS of being nominated by procuring the nomination form”.

Once you obtain a nomination form from a political party you are deem to have trigger
the process. It is irrelevant wether or not you were disqualified along the line. It is irrelevant whether or not you took part in the actual selection process which is the last stage
of the primary process. Just obtaining the
form or as in the case of Obaseki, undergoing security and eligibility checks, you are deem to have taken part in the party's primary.

This is the position of the law as it stands. ... See MoreSee Less

Supreme court judge Festus, well done for your folly. When is the judgement day? Endure the pain of loosing and move on boy.

Stop crying more than the bereaved and don't take paracetamol for their headache.

This boy why don't you look for what to do, and stop this dream dat we not come thrown!

I used to think like you Mr poster but you see Obaseki did very well in this election.the process was very clear transparent and beautiful. Pls calm down Obaseki has won