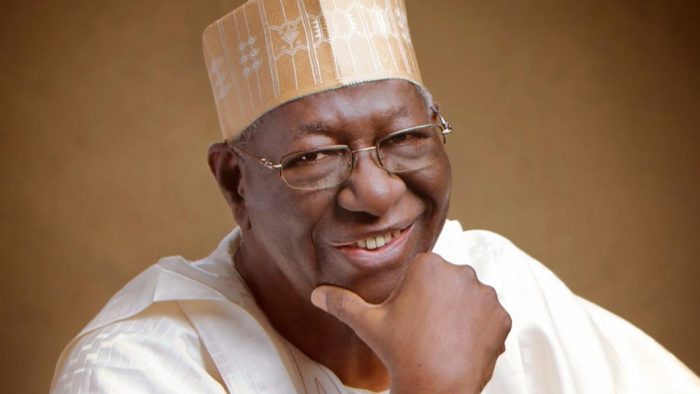 The remains of late Chief Tony Anenih, the late former Chairman, Board of Trustees, People’s Democratic Party (PDP), will be interred on Saturday in his hometown of Arue-Uromi, Esan North East local government area of Edo state.

Hundreds of eminent Nigerians, including the national chairman of the PDP, Uche Secondus, Governor Nyesom Wike of Rivers State, Senator Mathew Urhoghide, Edo state PDP chairman, Dr. Dan Orbih, were at the Benin Airport on Friday to receive the corpse of Anenih who died on October 28 at 84, in Abuja.

Party faithful who arrived the airport at about 10:30 am, defied the scorching sun and waited patiently till about 2pm before heading in droves for the University of Benin Sports Complex for the service of songs.

Orbih arrived the airport at 2:30pm in company of Secondus and the party’s governorship candidate in the 2016 election, Pastor Osagie Ize-Iyamu and others later drove down to UNIBEN to await the remains of the former member of PDP BOT for the funeral of songs.

Some of the party faithful and the Undertakers who were to bear the casket however got a shocker when they learnt that the remains of the former BOT Chairman of the party whom they have long been waiting for have long arrived the sports complex.

Urhoghide described the late BOT chairman as one who impacted lives of many Nigerians.

“Anenih was not just a leader at the party level to all of us but he was indeed a father. A great patriot who lived an exemplary life, worthy of emulation by every right thinking Nigerian. Of course, if you were privileged to be close to him, you would have known his personal attributes and nuances.

“He was one Nigerian who came, he stood at all landscape, dominated and did very well.

“We are very proud of him and you can see the attendance of dignitaries across party lines coming to him.

“Anenih was a father and he was still a big loss to this country by whatever imagination, he was good to everybody”, he said.

He said nobody had been able to fit into his shoes as he was a great philanthropist.

“He was a perfectionist who believed that the rights of the people must prevail and every expression that gone through the ballot box was sacrosanct.

“Over and above that, this man, was one big philanthropist. I went to catholic churches that he single-handedly built.

“Go and see somebody building a house for old people and you could identify it as the best edifice in that Teaching Hospital and he furnished it.”

We Are Dying Of Hunger, Delta Retirees Cry Out

ActionAid Ghana, an affiliate of ActionAid, a global movement of people working together to further human rights for all and