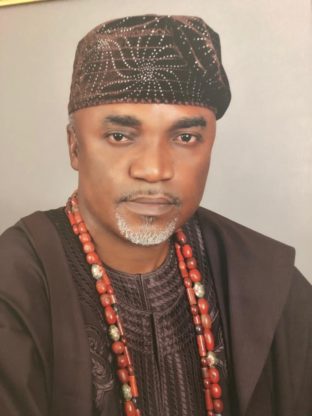 By Philip Idemudia (Adia of Uromi)

The life of the Iconic man who hails from Uzenema Arue-Uromi in Edo State is often ascribed as the ‘Fixer’ of  memorable events in Nigeria’s political landscape as well as his people.

As the National President of Uromi Community Association, the death of Chief Anthony Anenih came occur at a historic time.

Chief. Anenih, who died, at 85 would be remembered for being a fixation among Nigeria’s political landscape. A man politicians loved to hate, but  always flattered in his presence.

Emphatically, the legend as I know him to be was a loving and caring individual who at all cost sort to fix any uprising and issues which threatens the well being of Nigeria.

He (Anenih) will also be missed for his fearlessness and always stood by the truth. He was among Nigeria’s political orchestra from 1979.

It cannot be over emphasize that Anenih insert himself into the nation’s political consciousness at a critical moment in his life time, this was why he was nicknamed ‘Mr Fix It’. He allegedly fixed elections, votes for whatever political party he belonged to per time, supporters for presidents, national budgets and the mood of the nation occasion. Fixing was his life.

In 1983 Governorship election, Shagari’s dreamt of winning the state for his NPN came true as Ogbemudia won the Governorship and the party won the presidential election. The feat was largely attributed to the organisational skills of Anenih.

When the Ibrahim Babangida military regime started preparing the ground for the advent of the Third Republic, one of the lead characters in that era turned out to be Anenih.

He was headhunted by Major General Shehu Yar‘Adua and were together in the formation of Peoples Front (PF), the political movement in which they successfully crushed the other political gladiators of that era. It was during that period that Anenih acquired the sobriquet of leader, a term that would eventually define his political sagacity.
His indelible footprints tell us that he will always be part of our journey as a distinguish Son of Uromi, Edo state, a citizens of Nigeria and the world at large.

The Soul Food Born of the Harlem Renaissance

Akufo-Addo Commiserates With Rawlings Over Death Of Mum