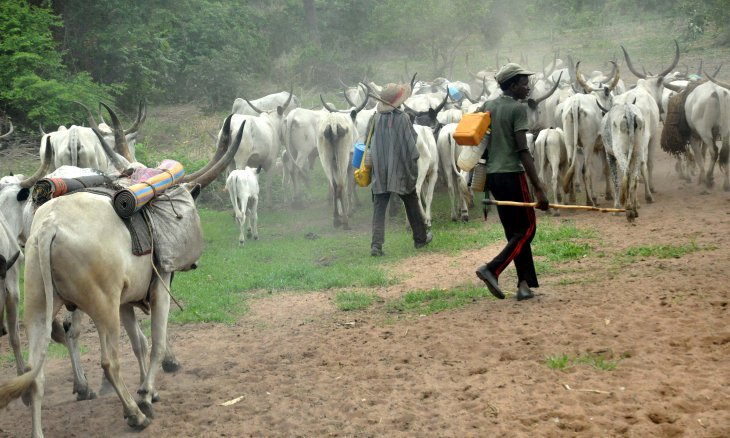 Five persons in Edo State over the weekend are alleged to have been killed via gunfire from suspected cattle herdsmen. Among the victims was a first year student of the Ambrose Alli University Ekpoma, Collins Ojierakhi, in Ugboha, Esan South East Local. The victim count included people from Odiguetue in Ovia North East Local Government Areas of the southern state.

Twelve other persons are currently hospitalized at the Benin Central Hospital and other private hospitals as a result of the attack by the herdsmen.

The killing at Ugboha is said to have occured Friday night at about 7:30 p.m. when the deceased Collins and his friends were on their way back to the village from Uromi.

Father of the deceased, Mr. Festus Ojierakhi, gave an account of the incident, saying, “I am just confused. I was actually in the house eating at about 8 p.m. and I started asking about my son who was not there. I was told he went to Uromi with his friends on a motorcycle.

“It was around 9 p.m. that the mother of my son’s friend started shouting, crying that herdsmen have killed her son. I rushed out of the house and I asked about my own son. I was told he died too with his friend.

“We immediately detailed boys and ran to the place. When we got there we were told that the police had come to take the corpse to Ubiaja mortuary. I was told my son and two others, including the friend, died. They said the other person that died is an Igbo person.

“The information we heard was that as my son was driving home with his Okada, the herdsmen and their cattle blocked the road and they waited for them to leave the road. Immediately they passed, some of their people in the bush opened fire on my son and his friends and they died at the spot.

“I have been to the Area Commander office and they said they are investigating the matter. I don’t know what to do. This is a young boy that just entered University”, the distraught father lamented.

In the attack at Odiguetue community in Ovia North East, the herdsmen reportedly invaded the community Saturday morning, shooting sporadically and in the process killed two persons.

The people of the community and their neighbours from Odighi had last week protested killings and destruction of their farms by Fulani herdsmen in Benin City.

This is the latest incident in a wider series of murders by rampaging cattle herdsmen across Benue, Plateau and other states, a crisis that has been intensifying since the beginning of the year. Hundreds of people, mostly farmers and villagers in small communities, have been killed since a number of states enacted anti-open grazing laws to stop the incursion of cattle herders, who are mostly Fulani, into settled farm communities and fields. The conflict has led to a cycle of violence, both aggressive and retaliatory.

In the Edo incident, 22 members of the two affected communities had been remanded in prison for one month after they were arraigned in court for charges related to their killing of four herdsmen.

Meanwhile, some of the wounded persons were brought to the Benin Central hospital Saturday, while the two dead persons are said to have been interred at an undisclosed mortuary.

Calls to the Edo State Police Commissioner, Johnson Kokumo, and spokesman of the State police Command, Chidi Nwabuzor, respectively, for confirmation of the incidents were not answered.

An aide to the Commissioner said his boss was at a meeting.

EndSARS protest in Imo: Officer who cocked gun against protesters indicted by police

Your Digital Footprint: How it may affect you