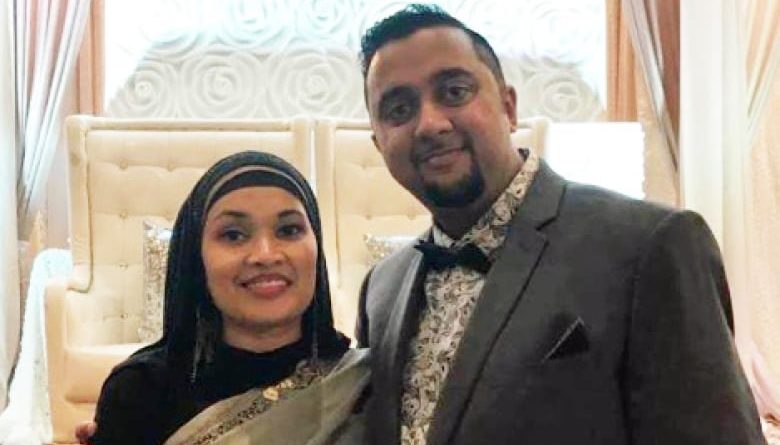 Imraan Assim can’t recall exactly when he and his wife became disconnected from their community.

Somewhere in between getting married and having three young children, life got in the way — and being involved at the mosque started to feel like a distant memory.

The now 36-year-old found himself “unmosqued” and together with his wife, the pair decided they wanted to find a way to reconnect with their community.

“We’d be sitting in our living rooms among friends having coffee, and we’d always talk about what’s wrong with the community. ‘Why isn’t the community doing this or that? Or why are the mosques not connecting with people?” Assim told CBC News.

“And then I realized we are the stereotypical old uncles and aunties that complain about everything and don’t do anything themselves.”

That’s when the idea for the TARIC Islamic Centre’s soup kitchen and meal delivery service was born. The plan was a humble one: to gather at the mosque around the time of the Prophet Muhammad’s birth, and put together as many meals as they could using donated food to deliver to nearby shelters.

‘A way to give back and be part of something’

Muslims around the world mark the birth of the prophet or Milad-un-Nabi in different ways, some decorate homes or use artistic expressions such as poetry or song. For Assim, it was the perfect opportunity to give back.

“We wanted a way to give back and be part of something that we were comfortable with, and we said it couldn’t be more beautiful to do it on such an occasion,” he said.

What he didn’t know then was that five years later, the program would be packaging its 10,000th meal.

This weekend, the group did just that.

The group of about 50 volunteers, which meets on four Sundays every year, gathered at the North York mosque-turned-assembly-line where the young and old put together meals for about six emergency shelters across the city, and seven seniors’ homes.

Youngsters like Yusuf and Eesa Subedar helped with things like adding fruit to the packages and labelling them.

“We have so much stuff and some people in the world don’t have anything so here we’re trying to give them what they need,” said Yusuf.

It’s that kind of sentiment that Uromi Fernando says is important for kids to understand.

“All of us are given blessings and what do you do with those blessings? Help others,” she said. “We’re not just one person on an island, we’re a community. It might not be that you can do everything on your own, but as a bigger group, there’s so much that we can do together.”

But as much as the program is about giving, Assim has found those who volunteer their time are getting something back as well, particularly young people in post-secondary school or starting their lives as adults.

From ‘unmosqued’ to ‘coming back’

“Many years ago I think the model of the mosque is it would really revolve around one central personality, and that personality had to be very charismatic, that personality would need to be able to connect with the youth and the elders,” Assim said.

These days, he finds attendance and prayer is down, sermons don’t seem to be resonating and mosques aren’t quite appealing to as many young people as before.

Programs like the soup kitchen, he says, are bringing many of those young people back to the mosque through universal acts of kindness and helping them reconnect with their faith too.

“They realize just being kind is actually a very core principle of their own faith and I think that’s a very refreshing ‘a-ha’ moment for many people,” he said. “It’s them coming back to the community.”

Assim should know. He was one of them.

About 158 police facilities in the Ashanti Region are expected to be disinfested and disinfected by Zoomlion Ghana Limited (ZGL).