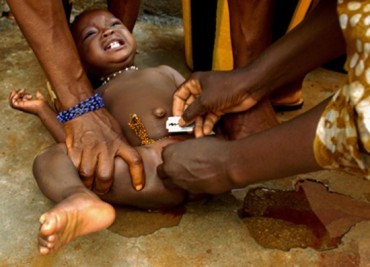 The growing incidence of the practice of Female Genital Mutilation in several communities in Nigeria, including Edo State, despite the fact that Edo State legislature, in 1999, passed a law banning the traditional practices of Female Genital Circumcision (FGC), otherwise known as Female Genital Mutilation (FGM), has started generating serious concerns today in several quarters.
Penultimate week, at a one-day stakeholders’ dialogue on the enforcement of the law on FGM, organized by Women’s Health and Action Research Centre (WHARC), the Chief Judge of Edo State, Justice Cromwell Idahosa expressed serious worries over the non-functionality of the Anti-Female Genital Mutilation law in the state, several years after it was enacted.
Justice Idahosa, represented by the Chief Registrar, Customary Court Division of the High Court, Mrs. Agnes Aibaogun, said the Anti-Female Genital Mutilation Law, as passed by the state Assembly in 1999, remains intact but observed some obvious challenges.
He stated: “Apart from the constitutional power vested in the police to arrest offenders, the FGM law also empowers health officials to arrest offenders,” noting however, that such arrest by individuals should be in company of the police.
The Chief Judge while advising that emphasis be laid on sensitizing the people on the health implications of the practice however noted that the challenge of enforcement of the law stems from the fact that the practice is accepted by some traditions and customs as a rite of passage.
The executive director of WHARC, Dr. Wilson Imongan, in his address, noted that the 2013 National Demographic and Health Survey showed that 25 percent of Nigerian women are circumcised.
“Apart from its short and long term implication, they (women) also suffer psychological and social problems” Dr. Imongan said.
Other speakers at the event included the coordinator of a non-governmental Organisation (NGO), Chief Protection Network, Mrs. Jennifer Ero, representatives of the Police, Health and Women Affairs Ministries.
On her part, Edo State Commissioner for Health, Dr. (Mrs.) Aihanuwa Eregie, represented by Dr. Eghe Abbe described FGM as a practice recognized worldwide as a violation of the rights of women and girls which reflects the deep-rooted inequality between the two sexes and constitutes extreme form of discrimination against women.
“It involves violation of rights of children and a person’s right to good health, physical integrity and cruel degrading and inhuman treatment” Dr. Eregie said.
Jennifer Ero, who aligned with this position, decried the growing incidence of FGM in communities and called for more action.
Also speaking, the commissioner of Police, Edo State, Mr. Chris Ezike represented by DCP Walter Inyang rebuffed the allegation that the police had failed in arresting offenders of the FGM law. He stressed that the major reason the police were yet to either charge or convict anyone guilty of FGM, was because there have been no reported complaints from anyone on the issue as the police cannot act in vacuum in such regard. However, there have been some claims that even where such incidents have been reported to the police in the past, they have been inclined to perceive such as issues within traditional domains that are better resolved without police intervention.
The question to ask is why are our respective communities showing resistance to the eradication of FGM? Why have particular families, ethnic groups, tribes and even some notable royal houses in Esan, Benin and Afemai made the practice of FGM, a rite of passage for their female children?
Early this year, in Ebhoiyi quarters of Uromi, Esan North East Local Government Area of Edo State, a prince who reportedly rebuffed attempts by the locals to circumcise his daughter met with stiff resistance and serious threat to his life and that of his immediate family. Determined not to succumb to the practice, he fled the community to escape jungle justice. However, this experience is not peculiar to the said prince from Uromi as ample cases of such incidences abound across the length and breadth of Uromi and Ivue.
However, it is most disturbing, that this practice which more often than not, takes place in very crude, bizarre circumstances, and sometimes in traditional shrines is not showing any sign of abating yet.  Also, hideous cases of this illicit practice abound around other Esan Communities, in Irrua, Ogwa, Ekpoma, Opoji and Ubiaja among others, where the practices are carried out with reckless abandon and impunity.
Whichever way it is examined, investigations have revealed that FGM is an acceptable traditional practice observed by the female gender in most communities in Nigeria, Edo State inclusive, which is believed to prepare the female gender, culturally, for a fulfilled womanhood and motherhood. And there are elements in every community that are determined to ensure that this illicit practice continues in perpetuity despite legislative prohibition. Normally, those who refuse to subject their infant children and wards to this practice are regarded as renegades who are invariably targeted for primitive punishments and attacks.
Although it negates global best practices, the level of obduracy of the adherents of Female Genital Mutilation is alarming and today; it seems as if there is a violent clash of culture and tradition with the law on FGM as passed by the State Assembly.
One thing is clear: More enlightenment and sensitization on the evils of FGM needs to be carried out by relevant stakeholders as did WHARC, penultimate week. This way, the orientation, beliefs of communities and families still enmeshed in the unholy practice may begin to attenuate piecemeal. 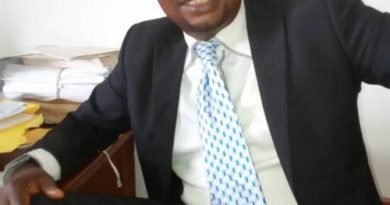 The family of a 12-year-old girl allegedly defiled in Tamale in the Northern Region, who is the latest victim of