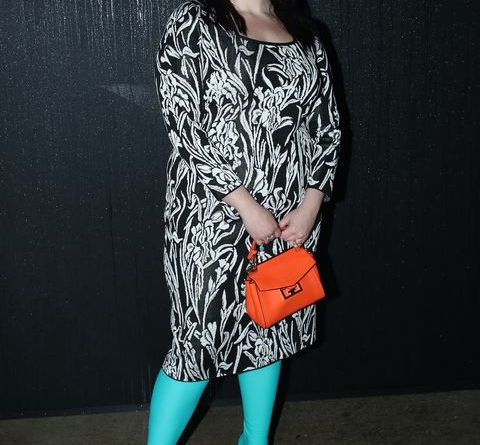 As people who are lucky enough to be able to work from home slide into their 12th week of doing so, certain fashion standbys are starting to feel as remote as a matinee with a large popcorn or a night out at a crowded bar. I’m talking about jeans and all other “hard pants,” anything resembling a bra, and shapewear in all its forms. Bring on the sweat shorts and yoga pants, and, while you’re at it, add another caftan to my cart.

Of course, one person’s high-waisted denim prison is another person’s comfy work-from-home attire, but the general tenor seems to have shifted from “Will we ever go back to these things again?” to “No, and who were we really dressing for, anyway?”

WFH style has only accelerated a larger push towards comfort that was already brewing for the better part of a decade. It’s affecting not just the clothes we choose to wear but the armor we put under them: padded, underwired bras and shapewear of all kinds. The movement has, of course, been pushed forward by body-positive bloggers and influencers posting unfiltered shots on social media. But even fashion’s most airbrushed domain, the red carpet, started showing signs of change before the pandemic began. Once, stars in E! interviews self-deprecatingly discussed how many pairs of Spanx they were wearing under their gowns; more recently, young celebrities like Barbie Ferreira have shown a proud distaste for society’s dictation that they smooth, pinch, or otherwise mold themselves to meet an impossible standard. 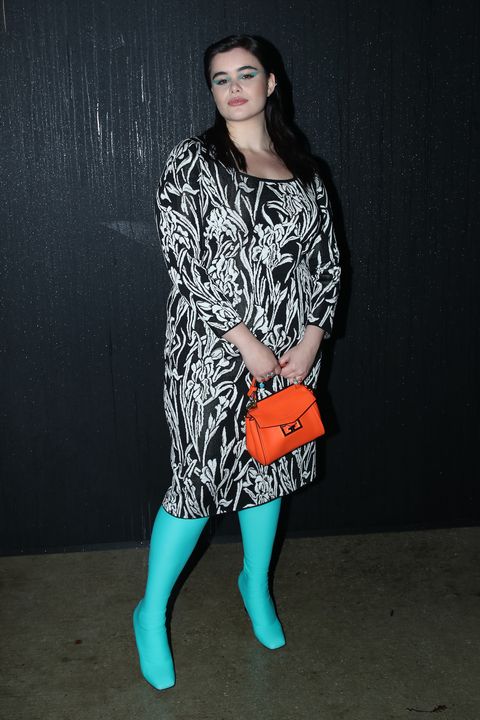 Barbie Ferreira at the Givenchy Fall 2020 show in Paris.

While there are outliers—Kim Kardashian West’s hit SKIMS line comes to mind—for a cohort of Gen Z influencers and celebrities, trying to artificially alter your body feels as passé as posting an obviously FaceTuned selfie.

This Is Big: How the Founder of Weight Watchers Changed the World — and Me

Says Marisa Meltzer, whose book This Is Big juxtaposes the story of the founder of Weight Watchers with Meltzer’s own ambivalent feelings about body positivity, “There’s so much pressure societally to be body positive or to get real, especially via social media, that shapewear feels kind of antithetical to that.”

On the runway, too, the mood is changing—though more incrementally. At Chromat’s fall 2020 show, models of all sizes wore fitted neon workout clothes, flaunting cellulite, body hair, strong muscles, and curvaceous bellies. Chromat designer Becca McCharen Tran, whose shows have long been a bastion of body diversity, thinks that remote-work culture and quarantine will make people question the fashion status quo. “Once people experience truly being comfortable and being able to move however they want, they realize that some things they have done in the past were just to assimilate and it doesn’t have to be that way,” she says. “They can make their own rules.” 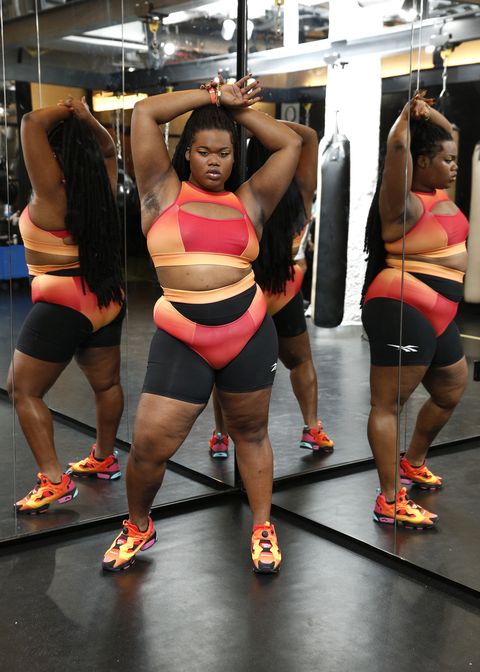 Of course, some argue that shapewear doesn’t have to be disempowering—that, when used in a certain way, it can actually be the reverse. One of those making the case is stylist Marko Monroe, who works with Lizzo. He incorporates shapewear to “emphasize curves, to emphasize parts of the body that didn’t used to be celebrated,” he says. For Lizzo’s VMA’s look, a bodacious Moschino gown, “the whole shape was achieved with this beautiful corset that was underneath,” he says, calling it a “swerve ‘n’ curve moment.” He feels that it’s all of a piece with the message of celebrating yourself: “Why not architect your body in a way you feel good about?” 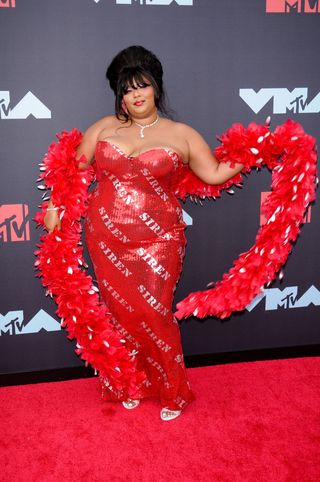 Lizzo on the red carpet at the VMA Awards.

Adds Meltzer, “Once you stop wearing shapewear I think you immediately wonder what the point is.” Though, she admits, “I do own one item of shapewear and wear it probably three times a year? I wore it in recent author photos to give my body a little bit of a smoother line under a jersey dress or in a thin sweater. No regrets!”

Fired Trump adviser John Bolton is in talks to testify in the House impeachment inquiry: report

A MUST WATCH.. HAPPY VIEWING... PICK THE WORDS FROM WHICH U ARE WELL PLEASED...
WISDOM DEY SAY, IS PROFITABLE... ESAN WISE UP..... ... See MoreSee Less

Truth talk my brother, may God bless you who get ear make him hear

Truth is bitter but must be told.

God bless you for speaking the truth

PDP about to Chocolate edostate

Hungry done Beat this talkative blue black. No free money for you from Obaseki, e can Pain.

But u know he was running for the same officer when he did this interview you all are playing. Torgba✌🏼

A lady on her page posted against Obaseki, I mean her on page as it was reported. So far, she has received 62 responses with 43 curses. Even if it not right, she put herself in arms way..
To the Edo State People, this is not a joking matter oh🤪🤪🤪 ... See MoreSee Less

Na watin she want she get my man

More Curses on the way.

It's the devil that shame people after he has misled to do wrong.

My God Almighty never shame anyone, because his will for us his for Grace and favour.

ALL EYES WILL BE ON ADAMS OSHIOMONLE AS HE CAMPAIGNS FOR PASTOR IZE-IYAMU ... See MoreSee Less

Oh sure. He is a great man in many respects.

Great man that can not handle his office as a party chairman, during his time in office PDP were able to collect 7 ruling States of APC.

What a rubbish political leader is that? Oga, go park well if u re for that rubbish man.

I don't think he will campaign. You will not see him.

He will be there hiding his ugly face. What has he to tell ? Thief.

He will campaign because is not ashamed and also talkative,,,,,,,,no hope again,,,,,, the has just turned to the other side of the party,,,,obaseki carry go

He is a shameless dwarf

He will campaign well n more more audible live n direct in a progressive winning way...... u dont even know politics... d same question u should ask pdp too, or shey den no call obaseki names too...???

Campaign is all about the party manifesto, to market a particular product, GGO have been call several names by the tax collectors before he be came PDP best candidate for 2020 same to pastor, but one have been tested whether good or bad we shall see come Sept 19, Osho baba carry go.

I don't think oshomhole can ring this particular one, he used to be a professional ringer

He can't even try it, Shame no Go let am. Damage is too much

Oshomole conspiracy is a joke that will not stand a text of time mark my words.

Will Oshiomole boldly come out in Edo state to campaign for Pastor Ize - Iyamu, then he must have been a shameless and unscrupulous and irresponsible figure.

He should go on exile don't he know that he's being excommunicated? He no get shame.

More than 200 doctors from Cuba are due to arrive in South Africa to help fight the novel coronavirus. The

Not all airlines will resume flight July 8 — NCAA