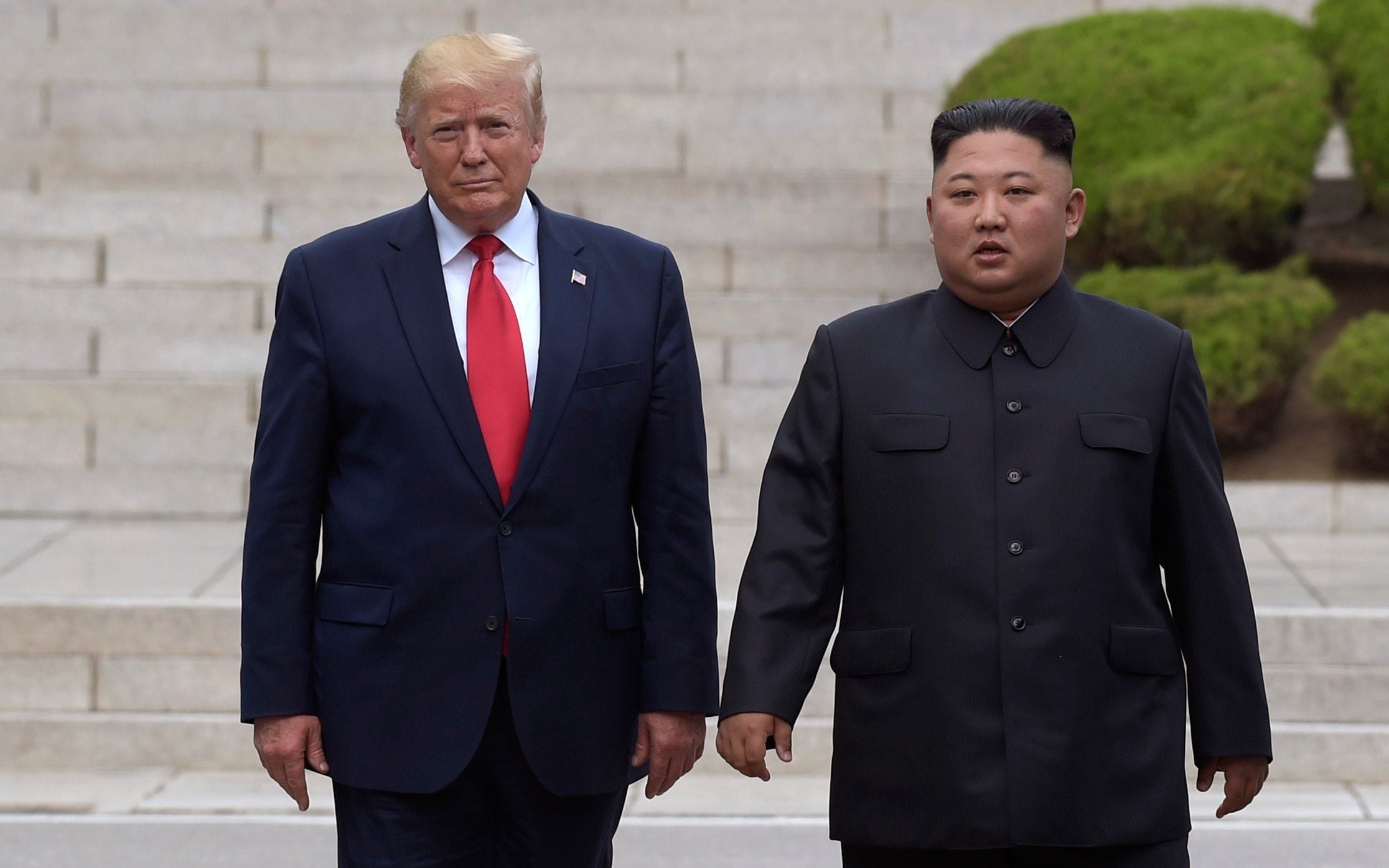 North Korea’s ambassador to the United Nations said on Saturday that denuclearization is off the negotiating table with the United States and lengthy talks with Washington are not needed, the starkest statement yet emphasizing the gulf between the two sides ahead of a year-end deadline set by Pyongyang.

U.S. President Donald Trump sought to play down a recent surge in tensions with North Korea, stressing what he said was his good relationship with its leader Kim Jong Un and saying he thought Kim wanted a deal, not to interfere in next year’s U.S. presidential election.

“He knows I have an election coming up. I don’t think he wants to interfere with that, but we’ll have to see … I think he’d like to see something happen. The relationship is very good, but you know, there is certain hostility, there’s no question about it.”

Trump has invested considerable time trying to persuade North Korea to give up a nuclear weapons program that has grown to threaten the United States, but progress has been scant in spite of his three meetings with Kim Jong Un.

Tensions have risen ahead of a year-end deadline set by North Korea, which has called on the United States to change its policy of insisting on Pyongyang’s unilateral denuclearization and demanded relief from punishing sanctions.

Kim Jong Un has warned of an unspecified “new path” next year, raising fears this could mean an end to a suspension in nuclear bomb and long-range missile testing in place since 2017 that Trump has held up as a key win from his engagement efforts.

U.N. Ambassador Kim Song said in a statement the “sustained and substantial dialogue” sought by the United States was a “time-saving trick” to suit its domestic political agenda, a reference to Trump’s 2020 reelection bid.

“We do not need to have lengthy talks with the U.S. now and denuclearization is already gone out of the negotiating table,” he said.

Kim Song’s comments appeared to go further than North Korea’s earlier warning that discussions related to its nuclear weapons program might have to be taken off the table given Washington’s refusal to offer concessions.

On Tuesday, North Korea’s Foreign Ministry repeated a call for Washington to change its “hostile policies” and said it was up to Washington to decide what “Christmas gift” came at the end of the year.

Kim Song also hit out at a statement this week from EU members of the U.N. Security Council criticizing recent short range launches by North Korea, calling it a “serious provocation” and saying they were playing the role of “pet dog” of the United States.

Recent days have seen a return to the highly charged rhetoric that raised fears of war two years ago.

On Tuesday, Trump once again called Kim “Rocket Man” and said the United States reserved the right to use military force against North Korea. Pyongyang said any repeat of such language would represent “the relapse of the dotage of a dotard.”

In spite of Trump’s reprise of the Rocket Man meme, he has still expressed hope that Kim Jong Un would denuclearize. On Friday the U.S. ambassador to the United Nations said the United States had not yet decided whether to have a U.N. Security Council meeting to discuss North Korean human rights abuses that has angered Pyongyang.

It said the two leaders agreed the situation has become “severe” and “dialogue momentum should be maintained to achieve prompt results from denuclearization negotiations.”

Many diplomats, analysts and U.S. officials have long doubted North Korea’s willingness to negotiate away a nuclear program it has invested decades and a large proportion of limited national resources in creating.

Thanks I appreciate you sir

Thanks, I appreciate you very much

Thanks for accepting me

If you ask me,na who I go ask?

Yes. He must be rearrested. We will not take it

APC leadership are just set of confused and senseless set people. They will always tell more new lies to defend the old ones!

Can you please tell us which arm of the military is complaining today.

Did you notice the information Minister is no longer as loquacious as he used to. No more lies to spill out like a burst pipeline

Hahahaha. Its not Dasuki again oo

My brother l tire. They only use that line to confused the useful idiots. They are exposed now. No excuse.

fellow Nigerians you see what I see is a long story

That is apc for you

Who are the APC and the PDP? This whole idea one stays at a distance and begin to look for one loophole for an attack as if we are in a courtroom is not a welcome idea,

My brother, I don't know who caurse Nigeria like this. Continue to do the same thing all years round in one circle. I swear Buhari is the worst we ever had both death and alive. I can believe the happenings here with Buhari still In charge. Only God help us oooooo

A government of insincerity will always continue to shoot itself on the leg. Nothing to show for all monies budgeted for security in five years

I decree and demand my God shall deliver you and your family from your strong enemies and from them which hated you, for they are too strong for you in Jesus mighty name Amen, have a fulfilling day/ weekend!!! ... See MoreSee Less