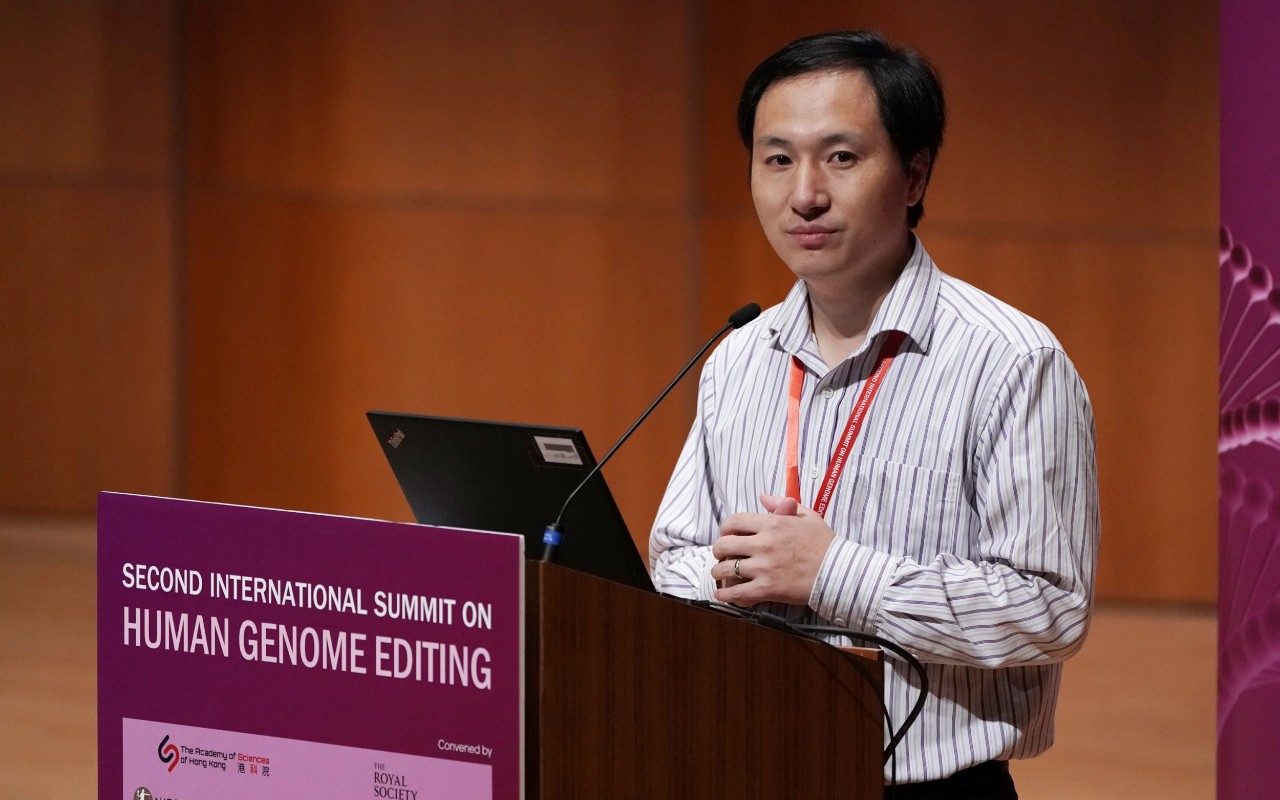 The Chinese twin girls controversially genetically engineered in 2018 to be immune to HIV may not be immune to the virus, according to scientists reviewing research around the project.

The embryo alteration resulted in biophysicist He Jiankui being investigated by Chinese authorities and placed under house arrest over ethics concerns.

The results of Dr He’s research were published on Tuesday for the first time by the MIT Technology Review.  Scientists who studied the research said that as well as not being HIV immune, the girls may have unintended mutations resulting from the gene editing.

Dr He claimed that his work with the world’s first genetically modified children could lead to the control of HIV worldwide.

Damning comments from the scientists scrutinising his papers have cast further doubt on both his results and his ethical standards.

During the gene editing process, for which Dr He used a tool called Crispr, he targeted a gene called CCR5, mutations of which can result in HIV immunity.

Fyodor Urnov, genome editing scientist at the University of California’s Innovative Genomic Institute, said that Dr He’s data did not support the claim that the process had worked.

Dr Urnov told the MIT Technology Review: “The claim they [Dr He and colleagues] have reproduced the prevalent CCR5 variant is a blatant misrepresentation of the actual data and can only be described by one term: a deliberate falsehood.

“The study shows that the research team instead failed to reproduce the prevalent CCR5 variant. The statement that embryo editing will help millions is equal parts delusional and outrageous, and is akin to saying that the 1969 moonwalk ‘brings hopes to millions of human beings seeking to live on the moon’.”

Using Crispr in humans is controversial as it sometimes causes unplanned gene edits.

Dr He’s research stated that one of the embryos he edited potentially had one unplanned – although largely biologically insignificant – mutation, and that the other embryo “did not show any off-target mutations.”

Dr Urnov called the claim “an egregious misrepresentation of the actual data that can, again, only be described as a blatant falsehood.

“It is technically impossible to determine whether an edited embryo ‘did not show any off-target mutations’ without destroying that embryo by inspecting every one of its cells.”

The review also raised concerns about the selection of parents for the experiment.

As the twins’ father is HIV positive, some question whether social stigma in China about the virus prompted the parents to turn to Dr He as they may have struggled to get conventional fertility treatment.

Dr He’s manuscript was submitted to journals including Nature and the Journal of the American Medical Association, but has not been officially published.

On Twitter Dr Urnov wrote that his “delusion and hubris are a tragic lesson – a negative example for the ages.”

A certified nurse, care giver and a health worker. Grow in grace princess

My broda ur head dey dere

Show where Obaseki made the commitment.

Bros u are making sense

Obaseki is being supported by the Esan people because he showed love to Esan people. He did not promise anything. We are only reciprocating not Osho who even married an Esan woman still punished Esan people.

I knew Ralph is never one to be deceived. Not before,not now.

It is what tied Esan that tied Owan. I thought Obaseki will be a shorter cut for Owan to get political and economic reckoning but I discovered that the man is a dupe. He promised he will never cede any Edo land for Ruga but today,he secretly collected Ruga money and is now building a Ruga settlement in Owan. Many thought I shifted support from him to Oshiomhole because of Ize Iyamu. No,that's not it. The man see Owan finish and anybody that knows me knows I never joke with my clan. I am preparing to organize a delegation to the Oba of Benin before we know what action to take as a people against the pathological backstabber like Obaseki. Esans,beware of this man. He is dangerous...very dangerous.

I need Odianosen Odion phone no via inbox. He is one person I respect so much and I owe him explanation for my current political views as it concerns the interest groups in Edo state.

Obaseki building Ruga in Owan? Shame if it's TRUE.

What is hand over, is this a hereditary thing. If you don't have any useful thing to say, please keep your peace!!

That's the reason I'm supporting obaseki him will handover to esan

If Obaseki win second term. Philip shaibu will contest for Governor and osarodion ogie will be come deputy governor to Philip shaibu that is fight on ground. The fight between Oshiomhole and Philip shaibu is about 2024

We have shouted above the roof that they should find other reasons to support him and not the wishful thoughts of a governorship gift to Esanland, but they won’t hear. There has never been a history of gifting Governorship to a people in Edo state. Power is taken & not gifted.

Even as that let him complete his tenure, why osho is against his govt.