A former media adviser to Goodluck Jonathan, Ruben Abati, has faulted political parties in Nigeria for having no means of monitoring the commitments made by their members elected into public offices.

Speaking on the controversy over invisible constituency projects and a failure by members of the legislature to open constituency offices, Abati said politics in the country was driven by poverty.

He went on to claim political parties do not also have a plan for poverty reduction.

Abati said, “Political parties have no structure or means for monitoring the performance or the commitment of their members in public positions. That must change.”

Abati who switched to politics from the media, observed that lawmakers and their constituents have created a symbiotic relationship.

The rule of the union imposes it on the would-be senator/honourable to organise parties, share food and drinks, give out transport fare and other sundry things in exchange for oxygen cylinders of hope.

According to him, this type of relationship is nurtured by the fact that “Political parties have no poverty reduction strategies”.

He however, feels that, “Nonetheless, no politician should run away from the people because they seek help from him or her.

“Constituency work is part of the lawmaker’s mandate. To build a positive reputation, he must connect with citizens and other politicians.” 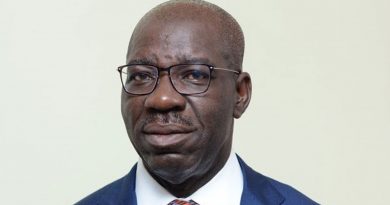 The PDP has updated the number of members of her Presidential campaign council from 77 to 90.

According to sources there were protest by some members who felt they should make the list.

Hopefully they wouldn't suffocate the candidate of the PDP.

The man has tried,he is not the first governor to join the PDP from the opposition.

Protests from where.. u better come down from this ur fence oo🤣🤣🤣🤣

The gains of Godwin Obaseki administration...

This post will be done to pacify some angry fellows.

The truth is that I am not a party loyalist...

I have been on the fence for a very longtime..

I have leaders I respect across partylines.

Okosun you may profess bi-partisanship but in your closet I’ll encourage you to take a helicopter view of the kind of politics that speaks values, based on competence, credibility, collaboration and progress that’s anchored on youth leadership and engagement. If you look deep at these values then you must do the right thing both for yourself and the future generations. It’s your power for the first time to change the status quo that’s crippled the state for far too long and that’s contributed to many good sons and daughters to flee the land!!! Ultimately it’s your choice.

Please let your voice not be louder on one side of the fence during your being on the fence. That is one of the strengths of an admin. It is mandatory for an admin to be on the fence and where there is responsibility there is obligation.

Fence the fence 2020! You are doing well my brother.