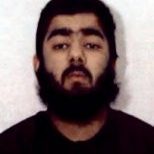 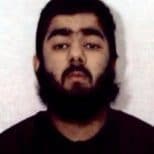 Usman Khan murdered two people and injured at least three more in the attack on London Bridge on Friday. But he was not unknown to police.

In 2012, Khan became a convicted terrorist for his role in the Stock Exchange plot, a planned scheme for a Christmas bomb attack on the London Stock Exchange, the American embassy and the home of Boris Johnson, who was then the Mayor of London.

At the time of his sentencing, the judge said he was a “serious jihadist” who should not be released while he remained a threat to the public.

But police confirmed last night that Khan, 28, from Staffordshire, had been freed from prison on an electronic tag.

Khan was wearing a fake suicide vest when he attended the Learning Together criminal justice conference at Fishmongers’ Hall on London Bridge. He than began stabbing fellow delegates with two large knives.

The killer is thought to have attended the morning session, taking part in various workshops, in which he described his experiences as a prisoner, before launching his deadly attack without warning just before 2pm.

It is understood that Khan, who was still on licence and whose movements and travel were restricted, had been given permission to attend the event along with other convicted criminals.

Khan pleaded guilty in 2012 to preparing acts of terrorism as a member of an al-Qaeda-inspired terrorist cell which contained eight other men.

Khan, along with two co-conspirators, originally received an indeterminate sentence for public protection but this was quashed at the Court of Appeal in April 2013 and he was given a 16-year jail term. In February 2012, Khan was ordered to serve at least eight years in prison.

The other conspirators had conducted a surveillance trip around central London and talked about launching a Mumbai-style attack on Parliament. They had also planned to build a terrorist training camp on land in Pakistan-controlled Kashmir owned by Khan’s family.

In sentencing, Mr Justice Wilkie said Khan and the two other Stoke men were “the more serious jihadists” and said they should not be released until they were no longer a threat to the public. The judge said this was a “serious, long-term venture in terrorism” that could also have resulted in atrocities in Britain.

The judge said that the risk Khan and his co-conspirators were “working to a long-term agenda, no less deadly in its potential than the potential for damage and injury the subject of the short-term intentions of the others. They were intent on obtaining training for themselves and others whom they would recruit and, as such, were working to a more ambitious and more serious jihadist agenda.”

“In my judgment, these offenders would remain, even after a lengthy term of imprisonment, of such a significant risk that the public could not be adequately protected by their being managed on licence in the community, subject to conditions, by reference to a preordained release date.”

As reported by The Telegraph, when police searched Khan’s home in Stoke, they recovered a folded A4 sheet of paper which bore notes of the structure, roles and responsibilities of individuals in a terror cell.

It included the headings ‘structure’, ‘responsibilities’, ‘communication’ and ‘local’ and appeared to be written by a co-conspirator.

A “target list” was found at the home of the ring-leader, Mohammed Chowdhury, which listed the names and addresses of Boris Johnson, the Mayor of London, as well as two Rabbis and the American Embassy. It had on it the letters ‘LXC’ for London Stock Exchange. The police also recovered sketches of what was believed to be a car bomb.

Khan was part of the Stoke group of the cell. A member of that group, Mohibur Rahman, 27, pleaded guilty to possession of a document containing information useful to a person preparing an act of terrorism. The charges relate to two editions of al-Qaeda’s English language Inspire magazine.

Speaking before chairing a meeting of the Government’s emergency committee Cobra on Friday night, Prime Minister Boris Johnson said he had “long argued” that it is a “mistake to allow serious and violent criminals to come out of prison early and it is very important that we get out of that habit and that we enforce the appropriate sentences for dangerous criminals, especially for terrorists, that I think the public will want to see”.

On Friday night, Neil Basu, the Metropolitan Police’s assistant commissioner, said his team were carrying out searches at the suspect’s residence but believe that he was acting alone.

Oshiomhole has stopped him since 2016!

He has been stopped parmanetly in 2016

Thief u told u he can not be stop

Can Oshiomhole still campaign for Osaige in Edo state...If Yes... What will be his campaign ?

When Obaseki had no name in politics, he won. What will happen now that he has results to show to the people?

Na God win. Edo no be Lagos where one godfather dey dictate .we decide for ourselves here In edo

Oshiomole and anybody associated to him is an enemy of Uromi otor Uromi khoea . Evil generation of oshiomole

Amen lord is able and merciful

What will Lucky tell us?

Nosa should be remove from the campaign movement. No need for him to be there

Please remove lucky igbinedion from the crew before he spoil market for Godwin obaseki cause Edo people don't like him.

Idiot what about Gandollar, Oshiomole, the worst Edo thief, jst to mention buy the few

Wrong set of people cause they are all thieves.

“Let me tell you this, I am from Esan Central Local Government Area, today, three Councilors, including the councilor from my ward 9 Opoji, refused to decamp to PDP, they are now forcing them to cross to PDP and these councillors refused and said they are not going to cross, today they have been suspended.

A.PC...PDP they are all the same, they just try to fool us, because people are hungry

A.PC...PDP they are all the same, they just try to fool us, because people are hungry

Yes, by the party they are the same. But the candidates are different. So we go with the best candidate. That is Obaseki.

All the three are Francis Inegbeneki boys. So leave matter, some house of assembly members have been at home since the beginning of this current assembly, so their is nothing bad if these three also go home as well

Obaseki was never the best for Edo State

Shame on you for impersonation. ..so you are not uromian?

You guys at good politicians

If they are suspenddd is there any problem with that. Was Obaseki not driven frm apc for doing the right thing for edo people. Why is it that those that call themselves politician are the ones angry with the gov Godwin. Workers are happy,citizens are happy,pensioniers are happy,u can drive in benin now without anyone jumping into ur car.bad roads turning good roads,power plant build to generate electricity.etc. 4+4 is ugbane.

Mumu post, bros abet go learn work if u no get waiting u de do. them no de force anybody to join any perty Abi them Don pay u for this? We no want any bad head to come spoil are God sent perty for us ok

Muslims are expected to put more effort into following the teachings of Islam, in addition to abstaining from eating and