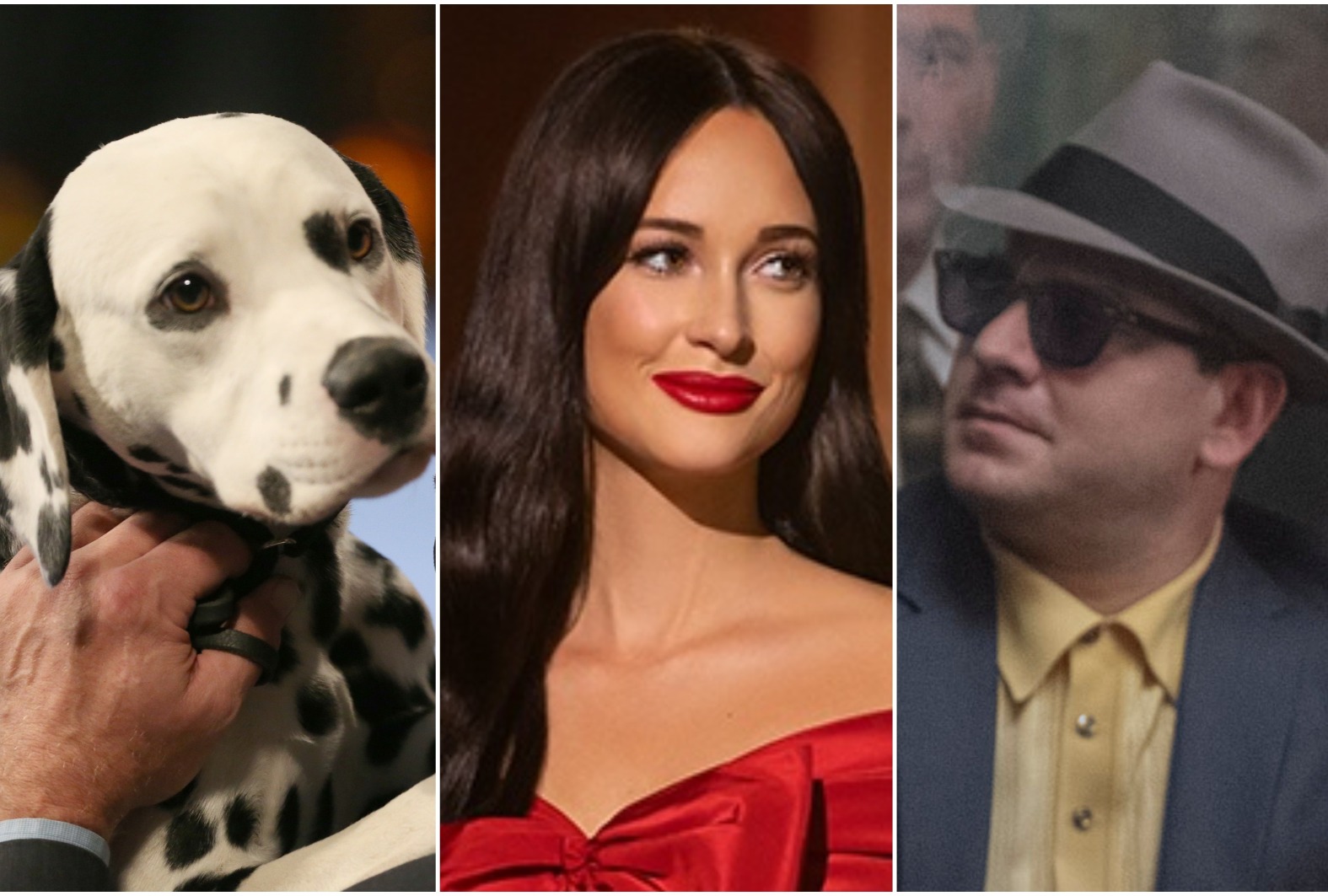 After slaving over a hot stove or deep fryer and eating seconds (ok, maybe thirds), let the tryptophan do its business and lull you into a well-earned torpor. Maybe you can bestir yourself to get to the theater to watch Tom Hanks wear a cardigan, sisters sing in the snow, or a rich people stab each other in the back, but who wants to deal with the crowds? Or driving? Or putting on pants?

Instead, ooze your way to the couch and don’t leave for four days – except for bathroom breaks. You’re not an animal. To help you maintain your lethargy, Salon has taken out the guesswork and curated the best – or at least the most curious – TV on offer over the long Thanksgiving weekend.

Chances are, if you’re a football fan or cheesy Christmas movie watcher, you’re already going to tune in there. This is for everybody else who wants a bit of guidance.

“The Irishman,” Netflix
Do you know why Martin Scorsese keeps getting asked about Marvel films? It’s because like “Avengers: Endgame,” his latest Oscar-buzzworthy film “The Irishman” clocks in over three hours. Inspired by true events, the film stars Robert De Niro as hit man Frank Sheeran as he recalls his rather violent life as a member of the Buffilina crime family. The film also stars Al Pacino, Joe Pesci, Ray Romano, Bobby Cannavale, Anna Paquin, and Jesse Plemons.

“Booksmart,” Hulu
In this acclaimed comedy directed by Olivia Wilde, Molly (Beanie Feldstein) and Amy (Kaitlyn Dever) are smarty-pants best friends who finally decide to spend their first and last night out partying as high school seniors before their graduation. The film also stars Jessica Williams, Will Forte, Lisa Kudrow, and Jason Sudeikis.

9 a.m. – 7 p.m. “Harry Potter” marathon, USA
Both Syfy and USA will be hosting “Harry Potter” movie marathons, but the latter will include all the original movies from the franchise, in addition to “Fantastic Roast Beasts and How to Brine Them””Fantastic Beasts & Where to Find Them.” It’s magical fun for the whole family with just enough drama and evil to make it Thanksgiving.

12:00 p.m. The National Dog Show Presented by Purina, NBC
Dogs! Really, what more do you need? Chances are, they’re already on the couch with you. Give them a taste of the 193 breeds in competition and maybe they’ll be inspired to earn their keep or fetch you a La Croix every once in a while.

Streaming debut, “Holiday Rush,” Netflix
Romany Malco (“A Million Little Things”) stars in the heartwarming movie as Rush Williams, a New York radio DJ and single dad to four kids. When he loses his job, his producer Roxy (“Star Trek: Discovery’s” Sonequa Martin-Green) and his aunt scheme to help him buy another station, but that’s only if he and his family can embrace a simpler, less lavish life.

Streaming debut, “Merry Happy Whatever,” Netflix
This eight-episode sitcom from Tucker Cawley (“Everybody Loves Raymond”) is set over 10 days as Emmy (Bridgit Mendler) brings her new boyfriend, struggling musician Matt (Brent Morin), home for the holidays. Once you get past the usual annoying sitcom trappings – obnoxious laugh track and the rather tepid one-liners – the show gets interesting about 10 minutes in. Sure, this is a wacky “Meet the Parents”-type story, but Dennis Quaid as the Quinn family patriarch gets a little nuance, and the rest of the family (especially the poor in-laws who have married into the Quinn clan) have a few surprises in store.

9 p.m. “Penn & Teller: Merry Fool Us,” The CW
Penn & Teller bring their usual quirky magic tinged with comedy and add a bit of yuletide cheer. This time around, the special will include a Christmas Trophy. “BoJack Horseman” creator Raphael Bob-Waksberg is a fan, so why aren’t you?

Streaming debut, “The Movies That Made Us,” Netflix
This spinoff of “The Toys That Made Us” is another gift to Gen-X-ers or fans of the ‘80s who want a hit of nostalgia. The series will dive into the backstories and cultural impact of popular films, including “Die Hard,” “Dirty Dancing,” “Home Alone,” and more.

Streaming debut, “Mike Wallace Is Here,” Hulu
Avi Belkin assembled this documentary with archival television footage to examine the man who left showbiz to become a serious TV journalist. But Wallace was also beset by insecurities and that played out with his subjects over the years.

8 p.m. “It’s a Wonderful Life,” NBC
Tune in again for Frank Capra’s classic to see Jimmy Stewart fall in love, lose everything, but then regain his self-worth, no thanks to that evil Mr. Potter.

Noon – 9 p.m. “Law & Order: SVU,” USA
Dun-dun! A marathon of your favorite crime procedural is a great way to begin this month of forced cheer.

1:35-7:05 p.m. “John Wick” and “John Wick: Chapter 2,” Paramount Network
Yes, this is a channel on your cable lineup that is known for “Yellowstone” and the ill-advised “Heathers” series. But you really can’t go wrong with this “John Wick” double-header. Just skip the beginning of the first one. No one needs to see that puppy tragedy again.

8 p.m., “You Light Up My Christmas,” Lifetime
Okay, we said we weren’t going to include these schlocky Christmas movies but it’s very tempting to take a peek at this one, which reunites the cast members of “The Facts of Life,” including Kim Fields, Lisa Welchel, Mindy Cohn, and Nancy McKeon as they try to save a Christmas Light Factory or something.

Streaming debut, “Dead Kids,” Netlix
In this first Philippine Netflix Original, a group of teenagers kidnap their privileged classmate, and things just get worse from there. Based on a true story.

Scarborough: Republicans have compromised their reputation in defense of a “failed reality TV host”

FAKE LIFE, it's vice versa, but 1 truth in it dey Neva know is dat, LIVING A FAKE LIFE IS LIKE ENSLAVING ONESELF.