November’s not even over, yet we’ve already seen two new streaming services launch with a dozen shows between them, the requisite monthly onslaught of Netflix Original Content™, and the annual start of the awards season deluge. That’s enough visual stimulation to inspire a lengthy nap, but instead of burrowing under a blanket and ignoring the demands of pop culture literacy, try screening these seven TV and film selections over the holidays. You’ll tick off all the boxes—relevant, buzzy, quality—without wasting three hours scrolling the Netflix home screen. You’re welcome.

Yes, it’s the predictable choice, but for good reason. Netflix’s sweeping royal epic returned after a two-year drought with the crème de la crème of British thespian talent, led by newly-crowned Best Actress Olivia Colman. Even if 10 hours of a royal history lesson sounds less enticing than a can of cranberry sauce, newcomers Josh O’Connor and Erin Doherty are positively irresistible as Prince Charles and Princess Anne.

The Apple TV+ hype eclipsed anything that wasn’t The Morning Show, so you’re excused if you haven’t yet embraced Dickinson, the wildly inventive retelling of Emily Dickinson’s life and work. But this show has everything: Hailee Steinfeld alternating between verse and “dude,” Jason Mantzoukas voicing an opium-induced bee oracle, and a clever marriage of 18th-century New England culture with contemporary politics, dialogue, and values. If you don’t take the holiday weekend to immerse yourself in this weirdly perfect comedy over leftover pie, you’re not doing vacation right.

If you’re spending Thanksgiving with your family this year, it’s likely you’ll find yourself entertaining youths for a spell. All the cool cousins are watching the new Star Wars series The Mandalorian, and there are worse ways to spend a few hours than cooing over Baby Yoda with the ones you love. Bonus points if show up at Christmas bearing the merch.

Yes, it’s three and a half hours. But sometimes, we have to make sacrifices for the ones we love (hi, dad).

Awards season will be in full swing when we return to work on Monday, and you can be sure Queen & Slim will be leading the conversation. Critics fell over themselves to describe the film as Black Lives Matter meets Bonnie and Clyde, but Anita Little, writing for ELLE’s Women in Hollywood issue, put it best: “a love story that perseveres.”

The Succession drought has been hard on all of us, but Knives Out offers a two-hour reprieve. Rian Johnson’s exceedingly clever whodunnit doesn’t waste a minute, crafting a taut tale of schemes and greed that uses every actor in this stacked cast to their full effect. Come for Toni Collette as a wannabe skincare doyenne and Daniel Craig’s questionable Southern accent, stay for Chris Evans in several chunky knits. Happy holidays.

If you’ve already seen this October release, you know it doesn’t need an excuse for a re-watch. If you haven’t seen Bong Joon Ho’s masterpiece, about an impoverished family that goes to work for a much, much wealthier family, get thee to a theater ASAP—and don’t read anything else about the movie until you see it.

A Beautiful Day in the Neighborhood

There’s always an aunt who suggests a family trip to the movie theater on Thanksgiving night. In the spirit of generosity, treat the ones you love to two hours of Tom Hanks as Mister Rogers. At least it’s not Joker.

Julie Kosin
Senior Culture Editor Julie Kosin is the senior culture editor of ELLE.com, where she oversees all things movies, TV, books, music, and art, from trawling Netflix for a worthy binge to endorsing your next book club pick.
Comments
Share This Post: 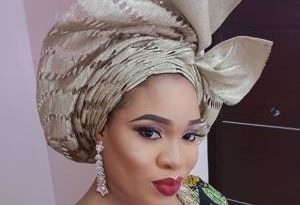 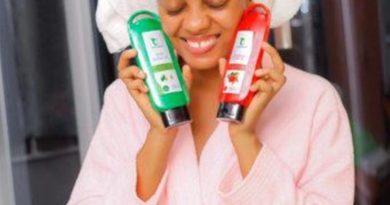