The Twitter account of Arron Banks, the founder of the pro-Brexit campaign Leave.EU, has been suspended after being hacked.

In a statement posted by the campaign’s official account, Mr Banks said “personal data” had since been shared via Twitter.

He also accused the social network of failing to tackle the issue.

It is not known who carried out the attack.

The data was made available by the hackers in the form of a link to a download. The original file is no longer online.

It is against the law to download stolen information.

Avon and Somerset Police has confirmed that it is investigating.

“We’re investigating whether any offences have been committed under the Computer Misuse Act after we received a report a Twitter account was compromised,” said a spokesman.

In February 2019, Leave.EU and an insurance company owned by Mr Banks were fined £120,000 by the Information Commissioner’s Office for breaching data protection laws.

“Arron Banks has shown extraordinary contempt for the ICO and British data laws and so this is a moment for him to reflect on the need for those laws and a regulator to enforce them,” said the journalist Carole Cadwalladr.

Ms Cadwalladr and Mr Banks have had many battles over her investigations into his affairs.

She said in a tweet that she had been sent some direct messages, said to be from the hacked account.

They were “pretty explosive” she tweeted.

Ms Cadwalladr told the BBC she had not downloaded any data. 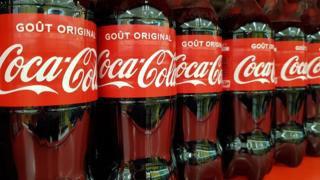 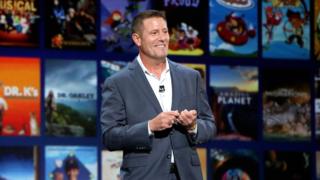 Disney’s head of streaming to become CEO of TikTok

Convener Omotola Jalade-Ekeinde host Google’s director of Strategy and operations, Craig Fenton at the Entertainment Fair and Festival which took