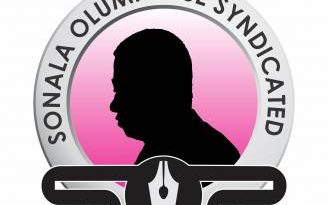 Ibrahim Gambari: To Aid Or To Abet? By Sonala Olumhense

Please how much were they paid to do this....so sad wen i see what politicians has turned our youth who are suppose to be future leaders into,very sad why didn't dey come out to protest d excess borrowing of d federal government.... I weep for my fellow youth and d future of our nation

PASTOR DR. BARR. OSAGIE ANDREW IZE IYAMU MY CHOICE AND THE CHOICE OF MAJORITY OF EDO PEOPLE WHO LOVE DEMOCRACY AND GOOD GOVERNANCE.
1. Pastor Osagie Ize Iyamu is a pastor and one of the senior pastors in Redeem Christian Church of God, a devout mechanized farmer, i have known him since 1987 to be a consistent good man, encourager, a man who value every assistance, who easily recognizes and value people.
2. He is the only candidate you can see his blue print of manifesto that everybody can read and hold him accountable to every content therein
3. Every other candidates/contestants are mere propagandist that speaks at both sides of their mouth.
When you vote for Obaseki to become governor, you can NOT see him to discuss issues particularly development, matters affecting the church, because his protocol will never allow you to see him except you are a leader in his party or one of his crony.
4. One of the advantage of voting for Pastor Ize Iyamu is that if protocol deny you assess to see him, you can go to his church on Sunday to see him in the church and discuss freely everything you want. He MUST go to church on Sunday as a branch PASTOR. But Obaseki is NOT like that, there no church you can say Obaseki is even an Ulsher. When you hear that he is invited in ANY church, you can NOT be allowed by protocol to see him. There is more disadvantage to the church if the church has an issue to discuss. You may write and nobody will reply you with the can of bad adminstration we have today in Nigeria.
5. A block vote for Pastor Ize Iyamu by the church will make the church to have a voice in governance.
6. On the issues of Pyrate confraternity, it is NOT a secret cult but an association establish by highly placed lecturers and students to fight for the oppressed. He has also denounced membership as a new creature in Christ Jesus, all old things are passed away. Everyone of us has an ugly and bad past. Saul who became Paul is a typical example of repentance, therefore a born again child of God can not accuse a brother or sister of his or her old past. Jesus say anyone who has no sin let him be the first to cast a stone.
6. Pstr Ize Iyamu has a blue print of of his government called SIMPLE AGENDA that covers ALL human endeavour
7. VOTE PASTOR DR.
BARR. OSAGIE ANDREW IZE IYAMU AS GOVERNOR OF EDO STATE, UNDER HIS PARTY APC COME 19TH SEPTEMBER, 2020, MY KIND AND SINCERE APPEAL TO ALL OUR BROTHERS AND SISTERS IN THIS ASSOCIATION.
GOD BLESS US ALL IN JESUS MIGHTY NAME, Amen. ... See MoreSee Less

U Done Talk Finish?? With these but Few baseless points of yours, u have not been able to convince me WHY I should vote for a Thief .

Pastor is a title nw people use to deceive others, where is Rev Jolly Nyame of Taraba state today, dnt let title full you, Ize Iyamu doesn't mean well for Edo people, watch the company of the charlatans that he keeps.My two cent.

It is not everyone that goes by the name Andrew that is a christian. There are many people bearing Paul, Matthew, Andrew, etc, that are Christians in name but are devils in practice and conduct. In the same vein, it is not everyone that goes by the name Pastor, Reverend or Bishop that is actually a servant of God, some are killers with acid, deceivers, 419 etc, remember Rev Kings. Having a title of religion is not a criteria for determining political leaders but rather the criteria should be competency, character, capacity, courage and consistency. When you weigh the two leading candidates with these parameters, Obaseki stands out. He is a startup expert and a renowned investment banker with vast exposure. Whereas, Andrew Ize Iyamu only comes with the prefix of "Pastor" but a professional politician which is a paradox, this does not in any way confer on him the right to govern Edo State because of his personal ambition. So let him support Obaseki's GGO 2016 - 2024 and stop deceiving people with that his pastor prefix. Recall that Oshiomhole told the world that he has never seen any person that lies effortlessly like Ize Iyamu before now. Power belongs to God let us all support Obaseki 2016-2024's project. Our God Reigns!

Pls just tell me why I should vote a thief.

He looks like a gentle man but someone Oshomole said he is a thief, cultists, acid bath on fellow students he didn't challenge him in court but why? You can't sell this product my dear obaseki is the answer

Just look at their faces ! Hmmmmmmmmm you will know they are looters send to Our our land But they are bunch of loser already.

Go and face your pastor carrier if you are really called by God.. For me personally I doubt your calling

My people asGod have made Edo as one of the state in Nigeria he will not allow evil men to come and destroy it in the pastor or malam,people are so desperate to clinched power to start manipulating the people or subject for their seifish interest.

In fact Ize-Iyamu look the part. He will make a great governor. Vote APC

POINT OF CORRECTION SIR, A MAN THAT NEVER WENT TO NIGERA LAW SCHOOL CANNOT BE CALLED A BARRISTER. YOU LIED. LET IZE IYAMU GO AND CLEAR HIMSELF FROM THE EFCC, 700MILLION MONEY LAUNDRY ON HIS NECK

We were told by General oshiomole that ize iyamu , that he didn't finish his law school, and that he is a thief and he is a liar and a cheater. So how can someone vote for such kind of a person please?

Which of the Reedeemed christian church of God ?