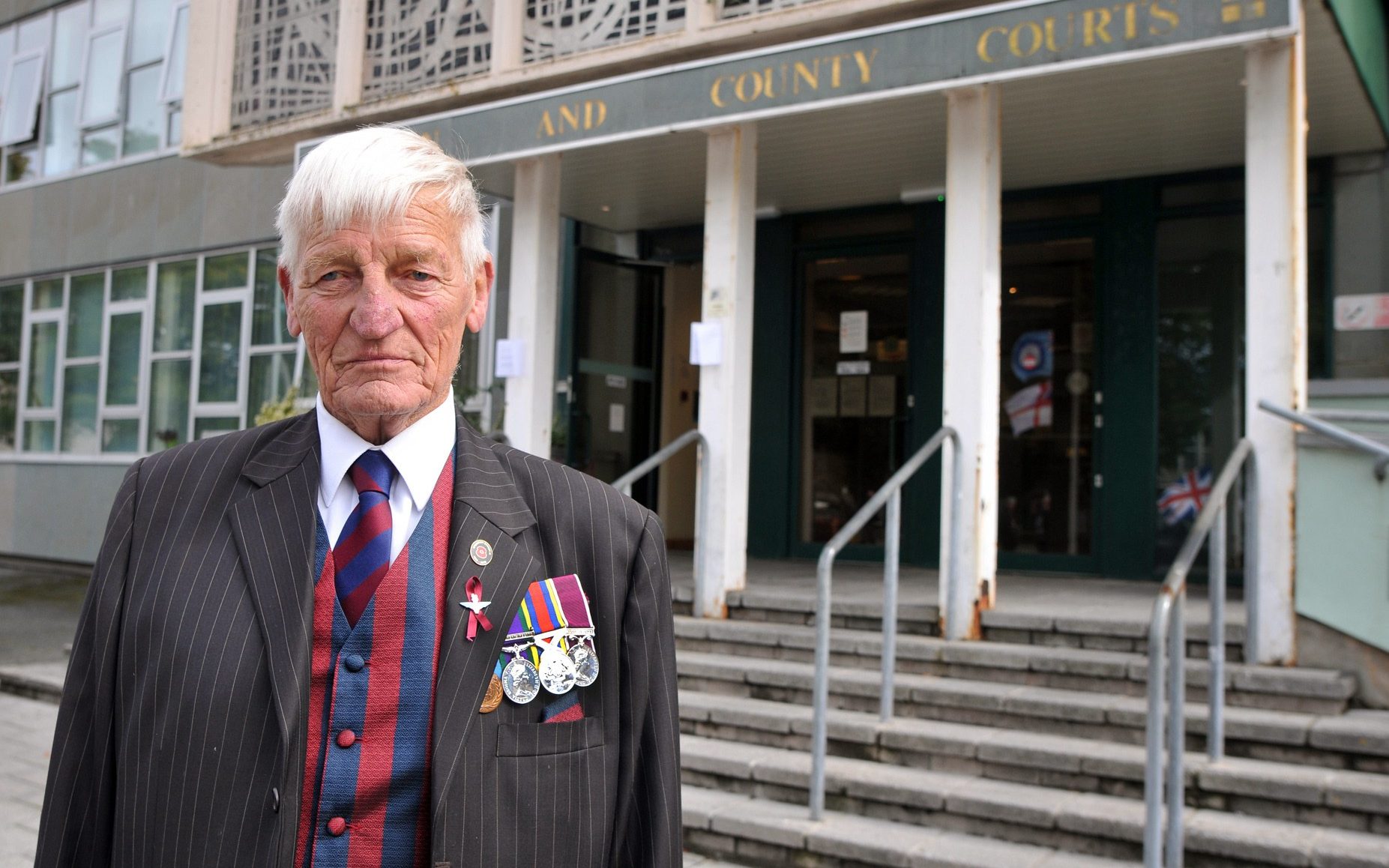 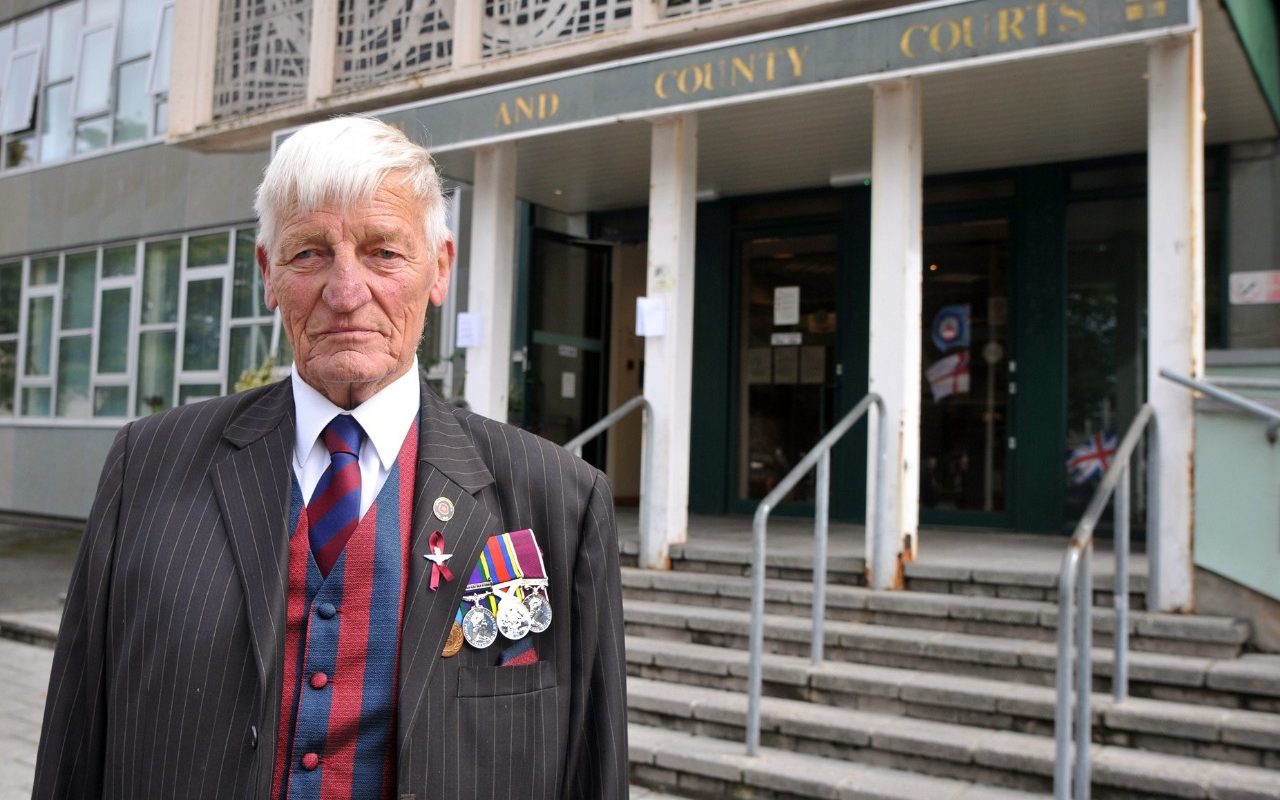 An army veteran being prosecuted over the killing of a man during the Troubles 45 years ago will endure a much longer trial so he can undergo kidney dialysis.

Dennis Hutchings, 78, who is dying of renal failure, has agreed to appear in person at his trial being held in Northern Ireland.

He had previously vowed not to attend, refusing to recognise the authority of a court in which he had been deprived of the right to a trial by jury.

However, a barrister for Mr Hutchings told Belfast Crown Court his client would appear in person during the non-jury trial, to take place in March.

Proceedings will have to be postponed at least two days each week so that Mr Hutchings can be taken to a hospital in Belfast for dialysis.

The delays will effectively double the length of the trial.

Mr Hutchings, a former member of the Life Guards regiment, has pleaded not guilty to the attempted murder of a man with learning difficulties during the conflict.

John Pat Cunningham, 27, died after being shot in the back as he ran away from an Army patrol near Benburb, Co Tyrone, in 1974.

The case has become a cause célèbre on both sides.

Mr Hutchings will be the first veteran to stand trial over a fresh wave of investigations being conducted by police looking at historic allegations during the conflict.

In September, he appeared before a judge in Belfast by video link from Plymouth for his arraignment hearing.

Afterwards, he told hundreds of supporters outside Plymouth Crown Court that he would not attend the trial as he did not recognise the legitimacy of the system.

He previously failed in a Supreme Court challenge against the decision to hear his case without a jury.

At Belfast Crown Court yesterday, Ian Turkington, his barrister, told Mr Justice Colton: “It is his intention to participate in the trial here.”

Mr Turkington said arrangements were being made with Belfast City Hospital to enable Mr Hutchings to undergo dialysis, and he may require treatment three times a week by March.

The judge replied: “I will obviously accommodate any treatment that is required.”

Charles MacCreanor QC, for the prosecution, said it was important that Mr Hutchings had indicated he would attend after his previous “public pronouncements” had caused “concern”.

US obliterates ‘Isis-infested island’ with 40 tonnes of bombs

You just dash that ward chairman money for nothing. ... See MoreSee Less

Oga you too get mouth. We just dey look. He forget say e mata for efcc dey do press up dey wait am.

*Pastor Osagie Ize-Iyamu's legacy of deceit in Orhionmwon* 1. Ize-Iyamu discovered he is from Iguododo in 2013 when it was rumoured that zoning favours Orhionmwon to produce the next governor in 2016. One still wonders how only Pastor Osagie among the sons of Late Chief Robert Ize-Iyamu hails from Orhionmwon while others are from Oredo *~ Political scavenger* 2. Ize-Iyamu was Chief of Staff and Secretary to Chief Lucky Igbinedion's failed adminstration. He was an indigene of Oredo when in power and became indigene of Orhionmwon outside power *~ What a prodigal son* 3. Ize-Iyamu signed documents to relocate the NYSC Orientation Camp in Orhionmwon to Okada to please his pay masters *~What an Orhionmwon son* *#ORHION FM*

Obaseki has right to 2nd term if bid

Are they citizens of Edo 2 decide !

Obaseki will carry on for second time is no negoshable oshomole leave leave d road for obaseki d same way u d grace late chief tony annenin obaseki will do same to u, u toid us no man is god d same people dat fight for u d time of annenin will also fight obaseki.

Coronavirus disease (COVID-19) Get the latest live updates about the Coronavirus Pandemic Ghana has confirmed 173 new COVID-19 cases. This