UK drone pilots have until the end of November to register their craft with the Civil Aviation Authority.

The mandatory requirement to register covers any drone or model aircraft weighing more than 250g (8.8oz). Owners of unregistered drones could then face the threat of a fine.

At the same time, the CAA is starting a service it hopes will reunite owners with their lost drones.

A quarter of owners have lost a drone at some point, CAA research suggests.

Most lost drones go missing because of malfunctions in flight, the research indicates. This includes losing battery power, loss of signal or technology failures.

But a quarter of cases involve pilots making mistakes.

CAA spokesman Jonathan Nicholson said: “Our aim is for the Drones Reunited platform to become an essential service for the drone community – the first port of call for anyone who has lost, or found, a drone.”

The CAA said anyone who registered their drone would get free access to the service, which issues each device with a unique identification code.

Pilots who lose a drone will be able to record the loss via the CAA’s drones-reunited site. Anyone who finds a downed drone bearing an ID number will be able to look it up on the site and inform its owner it has been located.

Registering craft weighing between 250g and 20kg costs £9 a year. Registered drone owners, who must be over 18, will need to pass an online test that quizzes them on using their device safely.

Not all owners must register by 30 November. Exemptions have been granted for members of several associations involved with flying model aircraft or other small, remotely controlled craft such as drones.

The five associations are

Simon, Dale, chief executive of FPV UK, said it had opposed registration since it was announced. About 4,000 members of FPV UK are regular drone flyers.

“Registration will do nothing to improve safety or security because bad actors will not register their drones,” he said.

Instead, he said, the regulations would put people off model and drone flying.

He added: “Hopefully it will be scrapped before long, just like the dog licence.” 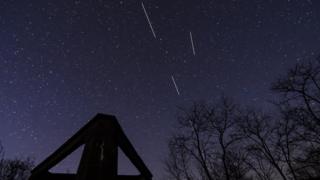 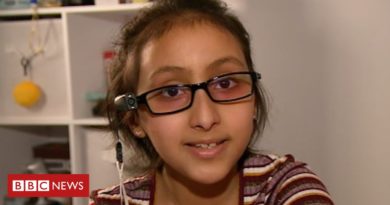 **I AM FOR EVERYBODY AND FOR NOBODY!**

When President Muhammadu Buhari came to power, he made a statement that astonished almost everyone including critics “**I AM FOR EVERYBODY AND FOR NOBODY”**. In his first day in office, workers that were found of late coming were in office before 8am, those that stole in the past administration started returning part of what they stole. I was like: THIS IS GREAT! NIGERIA IS TAKING SHAPE! Then Boom! It took six months for the president to assemble his ministers! Suddenly, we discovered same old faces! Oh shit! I became sad. Boom again! His wife came on air to say there were cabals preventing the administration from achieving its core objectives and she was scorned. Then came the issue of nepotism, then came herdsmen and farmers clashes, then banditry. Oh my God! It has been five years of dashed hope for me, some of my fellow comrades have quitted political analysis and hoping I do same BUT I LOVE MY COUNTRY, I CAN’T KEEP MUTE! **I AM MR. NIGERIA**

PLEASE, PRESIDENT MUHAMMADU BUHARI, I BEG YOU TO RETHINK, FIRE WHO IS NOT FOR THE GROWTH OF THIS COUNTRY! bring in men and women who can give result and end your administration in a way the people you serve will indeed say **YOU** **ARE FOR EVERYBODY AND FOR NOBODY **because when your administration is over no one will remember your ministers, DGs or SSAs but you alone. Take charge sir, develop political will and make Nigeria great again because all that has ever been, all that is and all that will ever be is a function of our mind power given to us by the creator to make NIGERIA a sane place to live in!

My name is comrade Eromosele zillian Peter’s, an Ambassador @ Greater Accra Region on youths and sport 🥎 who is showing me to my duplex? Pls I need Pounded yam and egusi soup with cow leg and assorted meat👌 with one cold bottle of red wine 🍷 the youth done come✅ Na the youth be this 🙌🙌 ... See MoreSee Less

I will bring it down for u bro

Sweet heart u are welcome

Come and have it

It's pizza that awaits you

You are welcome bro

Please use the boys quarter

Watin come be this one mugu

Why Adesina is under attack at AfDB — Associates