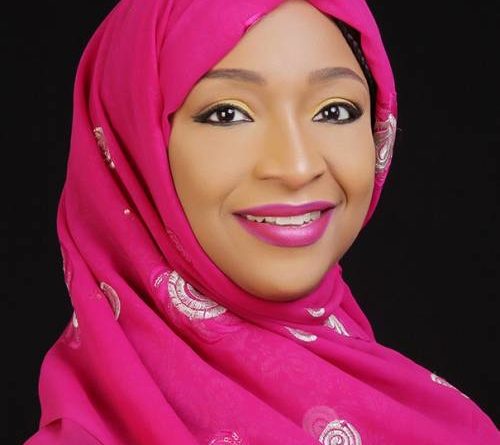 Something doesn’t smell quite right in the milk. And despite its pungent and piquant nature, this particular feline fiend seems to be impishly and calculatingly lapping it up.

For some time now there has been a growing opinion that the Nigerian Ports Authority, a government parastatal under the Ministry of Transport, has been nitpicking at the operations of BUA International Limited, one of the most successful business groups of all time to emerge out of Africa, to the point that it has been expressed in many quarters that the government organisation had been playing a deliberate and cunning cat and mouse game with the international conglomerate.

The two organisations have been going at it in and out of the courts in an exchange that looks more like a cat and mouse game with the former taking the shape of the Nigerian Ports Authority and the latter being BUA International Limited.

Whether this perception is correct or not, it is left for one to decipher once the facts are laid out. To go ahead and unravel this rather onerous affair and understand what has been going on between the two organisations, let us examine some of the said particulars.

Among others, one of the effects of the Vessel Call suspension at Terminal B was that there would be no work for dockworkers at the facility. The fallout of this was abysmal because it affected the livelihood of innocent Nigerians who had no dog in the cat and mouse fight that the Nigerian Ports Authority had seemingly launched against BUA.

Consequently, the Nigerian Ports Authority had commenced an arbitration proceeding against them at the ICC, London, in late July 2019, with ICC Arbitration Case No. 24630.

Now, BUA Port and Terminal Limited were concessionaire Terminal B of Port Harcourt by virtue of a lease agreement dated May 11, 2006. The concession was to be for a duration period of 20 years. However, the Nigerian Ports Authority had terminated the lease agreement in November 2017 over an alleged breach of the port of the agreement, which was failure of the BUA P&T to rehabilitate/reconstruct the berths.

In carrying out their part of the agreement, BUA had awarded a contract to JBN for the reconstruction of the berth and Julius Berger had already moved to site to start work in 2014. The work could not be carried out without the dredging of the ports.

Despite much frustration, BUA was hesitant to commence an arbitral proceeding against the Nigerian Ports Authority despite the fundamental breach of the terms by the government organisation.

The cost implications for both parties as regards fees of the arbitration, the arbitrators and legal representations will be hinge ruling into millions of dollars. That is putting unto cognisance the fact that while the outcome of the arbitral proceeding is uncertain, there is an intervention of government for an amicable resolution of the issues with the Nigerian Ports Authority, outside the arbitral process.

Part of the governments attachment in this process was the lease agreement dated May, 2006, the request for arbitration filed by the Nigerian Ports Authority, the answer and counterclaim of BUA Ports & Terminal Limited. The concession was to be from May, 2006 –May 2026.

By way of explanation, for instance, the Nigerian Ports Authority has the specific obligation to dredge the ports, repair, renew, rebuild the quay walls and provide security for the terminals. It did not do any of these.

It was the failure of the Nigerian Ports Authority to provide the required security that led to the nefarious activities of hoodlums and vandals who, over a period of time, cut the pipes and steel beams of the berths, thereby affecting their stability and consequently making remedial works imperative.

In defense, BUA approached the Federal High Court for the protection of its rights and investments. The court dutifully granted an injunction restraining the Nigerian Ports Authority from giving effect to the notice of termination and also ordered parties to proceed to arbitration in accordance with the terms of the agreement.  In essence, the Nigerian Ports Authority was enjoined to await the outcome of the arbitration proceedings.

The Nigerian Ports Authority and its MD, upon realising their grave error, initiated arbitration proceedings. This was stipulated in the lease agreement. This was a move that BUA welcomed and, as at now, it is actively participating in. This can be seen in documents which annexes the Nigerian Ports Authority’s request for arbitration, BUA’s response and BUA’s Counter Claims.

However, while the arbitration process is still ongoing and in a move that has baffled everyone, the MD of the Nigerian Ports Authority has once again disregarded the entire judicial process and gone ahead to decommission the terminal, allegedly based on the contents of a letter written to the Nigerian Ports Authority by BUA seeking to perform remedial work on some parts of the terminal that were vandalised.

Rather than wait for the outcome of the arbitration proceedings, which it had itself initiated, the Nigerian Ports Authority again issued a letter decommissioning the terminals, which is tantamount to an effective termination of the agreement, ostensibly relying on the said letter written by BUA requesting the approval of NPA (as required under the agreement).

The agreements, regulations and facts speak for themselves. The suspected persecution looks like it is likely to continue for now. For whatever reason only known to her, the MD of the Nigerian Ports Authority seems to have it in for BUA and seems to be willing to truncate any agreement to undermine the conglomerate.

In this case, the end will not justify the means because BUA will not just lay low and play dead. The conglomerate will continue to fight for the laid-off Nigerian workers trying to make ends meet and working at the ports. And the lifeline of BUA will continue even after the tenure of the MD of the Nigerian Ports Authority is exhausted because that NPA gig has a time limit.

This legal battle is going to be one for the books even when that clock stops ticking. Trust me!

If Satan starts distributing money on d road,nigeria girls will be calling him, SATANISCO my boo boo ... See MoreSee Less

what about woman that beat men use them for their own means and take advantage of then as well what woman have a no we don't do any thing wrong that's it its all men to blame and shame.

Listen to me this morning, this God I preached will save you from your enemies in Jesus mighty name Amen, have a wonderful day!!! ... See MoreSee Less