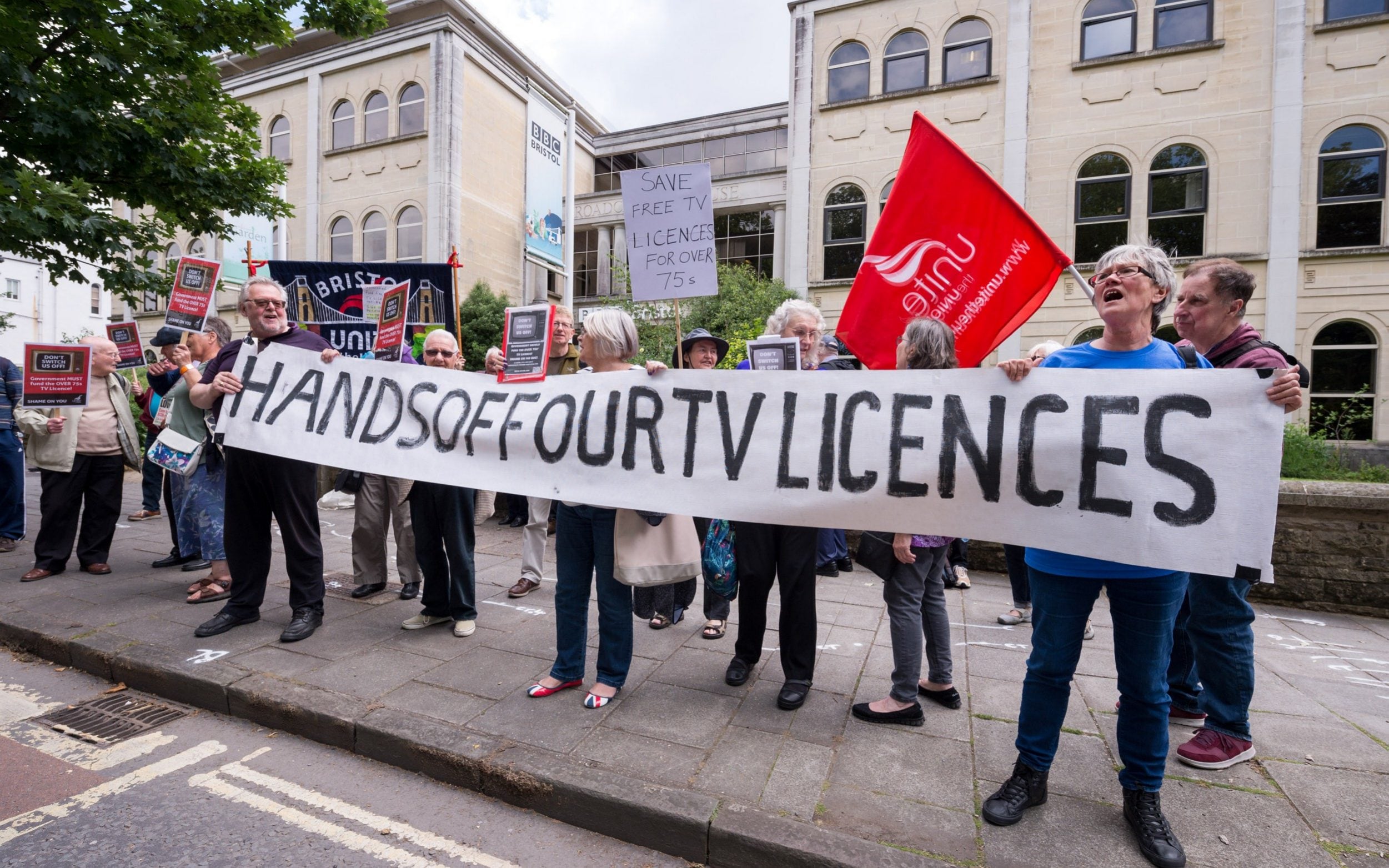 MPs attacked the BBC last night as official data revealed the loss of free TV licences for the over-75s will mean 1.7 million pensioners will see their living standard fall next year.

They accused the broadcaster of “an incredible act of social injustice” by slashing free licences, which will negate the benefits of the state pension and eat away at their earnings.

The BBC has faced heavy criticism after announcing it would make people aged 75 and over pay £154.50 a year for their licences from June, with the exception of those who claim pension credit.

Following the deduction for the licence fee a single pensioner over 75 will see a 1.6 per cent rise in their state pension next year, analysis by Royal London has shown – lower than the  1.7 per cent rate of inflation.

As a result, they will face a real-terms squeeze in their standard of living despite state pensions set to rise by 3.9 per cent from next April.

A “triple lock” guarantee on annual rises in the state pension means they are decided by whatever is the highest of price inflation, average earnings growth or 2.5 per cent.

The increase will be in line with earnings growth of 3.9 per cent recorded in July.

Robert Halfon, the Conservative MP who chairs the Commons education select committee, said: “It seems an incredible act of social injustice by the BBC, affecting pensioners, who will be the ones struggling. This small increase [in the state pension] will be wiped out.

“If the BBC managers can pay themselves big fat pensions, why can’t they fulfil their pledge to guarantee the licence fee for over-75s?”

Steve Webb, the former pensions minister and director of policy at Royal London, told The Daily Telegraph: “All the additional benefits of the triple lock is being wiped out by TV licence change. The whole point of the triple lock is that pensioners keep pace with the working age population. And for the over-75s this simply won’t happen next year.”

Mr Webb said the licence fee cut “indirectly helps the government with the cost of the triple lock”, adding: “The pension rise will be great news for those not affected by the TV licence changes.

“But there is a sting in the tail for around 1.7 million single people over 75 who will experience a squeeze in their standard of living once they have paid over £150 for a TV licence next year.”

The Department for Digital, Culture, Media and Sport has previously said it is “disappointed with the BBC’s decision not to continue free licences for the over-75s”.

Boris Johnson has also said the broadcaster should “cough up” the money to pay for them. A BBC spokesman said: “The Government decided to stop funding free TV licences for all over-75s, and Parliament gave the BBC the clear responsibility to decide and consult on the future policy.

“We’ve reached the fairest decision we can to protect the poorest oldest pensioners while ensuring everyone will continue to receive the best programmes and services that the BBC can provide.”

Nicky Morgan, Secretary of State for Digital, Culture, Media and Sport since July, said she has “no plans” to review the BBC’s television licence shake-up.

Tree clippings from ‘lost’ suffragette plantation unearthed from archive, as researchers are in a race against time to preserve them

Tradition of farmers giving names to their land at risk of dying out, researcher warns