LAGOS/LONDON, Oct 9 (Reuters) – OPEC has granted Nigeria a higher oil output target under an OPEC-led deal to limit oil supply in a move unannounced by the group, following efforts by Africa’s largest exporter to tweak the agreement to accommodate its expanding oil industry.

The country’s allocation was increased to 1.774 million barrels per day (bpd) from 1.685 million bpd at the last OPEC meeting in July, three OPEC delegates with knowledge of the matter said.

“It’s happened,” one of the delegates said. “I’ve not heard of any other changes to the agreement.”

The quota increase will mean Nigeria will see an improvement in its compliance with the supply cut accord, but it is still pumping more crude than the new target according to OPEC’s own figures and industry surveys.

Nigeria’s petroleum ministry and OPEC did not immediately reply to a Reuters request for comment.

Abuja has had a dismal record in delivering its share of the cut, overshooting by 400% in August according to the International Energy Agency. OPEC put Nigerian production at 1.866 million bpd in August – far above the new quota.

Its own definition of condensates would shave a significant amount exports from its cap. Data from Nigeria’s Department of Petroleum Resources pegged daily average condensate production as between 414,000 to 497,000 bpd in 2017, the latest year available. That accounted for 17%-19% of total output that year.

One of the OPEC delegates said OPEC granted Nigeria the target revision because of the new Total-operated Egina oilfield which started production in January and had not been factored in when the initial quota was calculated.

Some of the Egina production will also classify as condensates, meaning even more of Nigeria’s output would not count towards the new cap.

While OPEC has not formally announced the change, Nigerian Minister of State for Petroleum Resources Timipre Sylva mentioned the new target in a Bloomberg interview last week. He did not elaborate on circumstances leading to the new target.

The 14-nation Organization of the Petroleum Exporting Countries agreed in December with non-OPEC partners including Russia to curb crude production by 1.2 million bpd from the start of this year.

OPEC’s share of the cut is 800,000 bpd, with Venezuela, Iran and Libya exempt. It is not clear whether this figure, or any other countries’ targets, have been adjusted to accommodate Nigeria’s increased quota.

Nigeria only started participating in the deal in January, having been granted and exemption in previous OPEC+ cuts due to militant attacks that reduced its output.

After 2015, Nigeria Not Country As We Know It -Prof. Jega 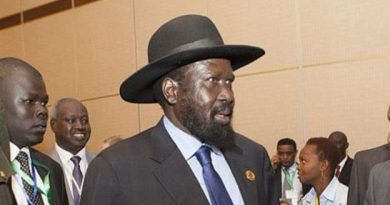 Pretty Nollywood actress, Monday Ugochi Victoria, is one of the fact rising actresses in the industry that lovers of the