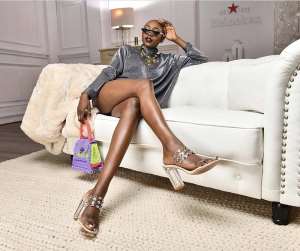 After almost six weeks of intense competition, Design Fashion Africa’s maiden event in Lagos wrapped up with a bang.

The six finalists from the event had the opportunity to showcase to a celebrity crowd in Lagos, and they wowed them completely. The finalists selected from thousands of applicants, utilized their few hours on the runway to make a spectacular introduction of themselves to the African fashion scene.

The fashion show which took place at Eko Hotel & Suites, Lagos on October 5, in partnership with Heineken, attracted a long list of A-list celebrities, drawn from Nollywood, the fashion space and the music scene.

With early arrivals from the likes of the First Lady of Lagos State, Dr Mrs Ibijoke Sanwo-Olu, Toke Makinwa, Idia Aisien, Kunbi Oyelese, Tosin Ogundadegbe, Ituen Basi, Daala Iruwari, Do2dtun, and more, everyone was certain of an amazing night, and show’s fashion resource, Mai Atafo ensured that was delivered. The show which started with a red carpet event at 7pm, had guests showing off their outfits from some of the notable names in the fashion business across Africa and beyond.

To get the show started, ace fashion designer Mai Atafo, welcomed guests to what he called the “birth of a new style”, as he shared the vision behind the Design Fashion Africa initiative. It would be recalled that Mai was the first celebrity to put out word of the event in a teaser video he made on Instagram live before a formal announcement from the team behind the event.

After a couple more speeches, guests had the first performance of the night from Burna Boy, who performed two of his popular hits, “Ye” and “Dangote”. At the end of the performance, which was greeted with a loud ovation, the runway activities got on the way, with displays from all ten finalists, alongside some other established African designers.

There was another music performance from Tiwa Savage, who gave guests a little shift away from the style display to bless them with her beautiful voice and looks.

Design Fashion Africa’s goal remains to showcase upcoming African fashion designers to the world and help them commercialize their craft. From their maiden edition, they have been able to do this for 10 Lagos designers, along with others who participated in the online design challenge. There was also a training for some of the designers, and a marketplace for them to display their outfits and fashion accessories. 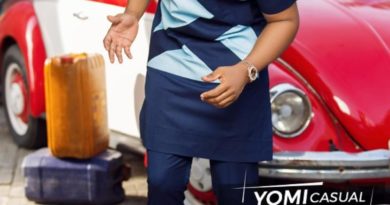