LAGOS, Oct 2 (Reuters) – Nigeria’s central bank has increased its target for lending by commercial banks for the second time in three months, to help boost growth. Banks that miss the target will face higher cash-reserve requirements.

The bank, in a circular dated Sept. 30, ordered lenders to increase their minimum loan-to-deposit ratio to 65% from 60%, which it set in July. It said those who fall short of the new target by December would have to maintain higher cash reserves.

The new lending target takes effect immediately and will be reviewed quarterly, the central bank said.

Economic growth in Nigeria slowed to an annual rate of 1.94% in the three months to the end of June, the second quarter in a row of declines, as the country struggles to shake off the effects of a recession it escaped two years ago.

The bank has been trying to boost credit to businesses and consumers after that recession, but lending has yet to pick up. With growth slow, banks prefer to park cash in risk-free government securities rather than lend to companies and consumers.

The central bank said loans grew by 5.3% to 16.40 trillion as at the end of September, the deadline it earlier set for lenders to boost their minimum loan-to-deposit ratios to 60%.

The latest measure is designed to sustain the momentum, the central bank said, as it steps up efforts aimed at getting banks to play a bigger role in helping revive the economy.

However, analysts worry that growing credit quickly in a weak economy could impact asset quality and weaken banks capital positions as the impact of the new policy would be closely watch as third quarter earnings begin to trickle in this month.

On Wednesday, banking stocks fell 4.44%, to its lowest level in three weeks, led by pan-African lender Ecobank while overnight lending rates shot up to 20% from between 7% and 12% its previous close on Monday.

Traders expected short-dated treasury yield to rise as central bank’s action against banks that fail to meet the loan requirement could drain liquidity.

The central bank in July shifted policy from tight liquidity to prop up the naira to trying to get banks support the economy by growing loans. The bank wants to channel loans to small firms, mortgage and consumer lending.

Rencap analysts said banks are expecting a debit of around 420 billion naira from the central bank as sanction to lenders that failed to meet the regulator’s loan target last month.

“The (cash reserve) debits are … even more negative than we previously thought,” Rencap said in a note.

“On the flip side, banks that choose prudence suffer margin and earnings pressure from higher CRR as all that cash will now earn 0% vs 13-15% yield on risk-free assets.” (Reporting by Chijioke Ohuocha; editing by Alexis Akwagyiram, Larry King) 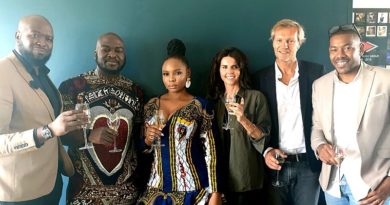 A man and woman suspected to be fraudsters were arrested by the Baatsonaa Divisional Police Command yesterday, Wednesday with items