The former INEC boss spoke during a lecture organized by the
Hudaibiyya Centre held at the Aminu Kano College of Legal and Islamic
Studies in Kano, to mark Nigeria’s 59th independence, reports Daily
Trust.

He said every Nigerian deserves a better life and it is the
government’s responsibility to ensure that.

He said it was unfortunate that responsiveness, leaders’ nonchalant
attitude to the masses woes thrive in Nigeria, ‘‘whereas these are
what other nations have been fighting to erase from their system. If a
leader fails, it is up to the public to ensure that they vote them
out”.

Jega added that there is an urgent need for the Buhari-led
administration to come up with measures that would address insecurity
and instability in various sectors of the nation.

The US Passes Bill To Combat Anonymously-Owned Shell Companies Of Nigerians, Others 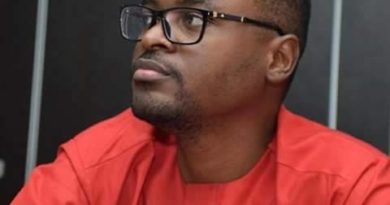 Ethiopian PM Bags Nobel Peace Prize, Buhari, What Legacy Will You Leave Behind? By Fredrick Nwabufo

JUST IN: FEC Approves Name Change For Ministry Of Communications