ABUJA, Sept 30 (Reuters) – Nigerian activist and former presidential candidate Omoyele Sowore pleaded not guilty at a court in Abuja on Monday to charges of treason, money laundering and harassing the president.

State Security Service agents arrested Sowore in early August after he called for a revolution after a February election which he said was not credible. He ran for president in that election, in which former military ruler President Muhammadu Buhari secured a second term in office.

A court last week denied a request by state security to keep Sowore in detention pending the charges, but did not release him as ordered.

Last week, another federal court in Abuja threatened the head of the State Security Service with prison for contempt of court for the failure to release him. Sowore remained in detention despite the threat. 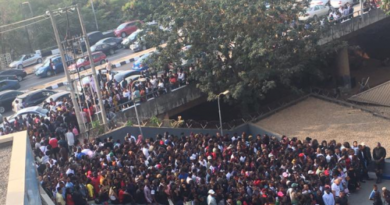