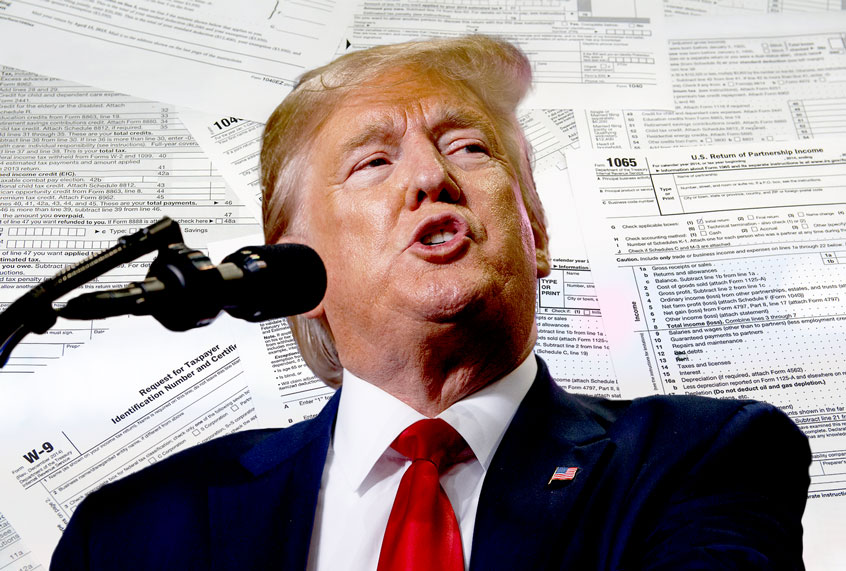 President Donald Trump on Thursday sued both his longtime accounting firm Mazars USA and Manhattan District Attorney Cyrus Vance in an attempt to prevent his accounting records from being turned over to the state prosecutor as part of a sweeping investigation into hush money payments during the 2016 presidential campaign.

“In response to the subpoenas issued by the New York County District Attorney, we have filed a lawsuit this morning in federal court on behalf of the president in order to address the significant constitutional issues at stake in this case,” the president’s attorney, Jay Sekulow, said in a statement.

Vance’s office is investigating the Trump Organization’s handling of hush money payments made to two women who alleged extramarital affairs with Trump in the lead up to the 2016 presidential election. The president has denied having affairs with both women.

The district attorney’s office subpoenaed the Trump Organization on Aug. 1, according to a copy of the complaint obtained by CNN. It requested any and all documents and communications related to payments made to adult film actress Stormy Daniels and former Playboy model Karen McDougal.

That subpoena also asked for information regarding the work of the president’s former attorney and personal “fixer,” Michael Cohen, on behalf of Trump and his businesses. Cohen is currently serving a three-year prison sentence after pleading guilty last year to multiple crimes, including breaking federal campaign finance laws related to the hush money payments.

Trump’s lawyers said they “immediately” opened a dialogue with the DA’s office and started collecting documents requested by the subpoena. But the president’s legal team and the DA’s office disagreed over whether the subpoena covered the Trump Organization’s tax returns, according to the complaint. As, a result, the DA’s office on Aug. 29 issued a subpoena to Mazars for Trump’s tax returns and other financial records dating back to 2011. It directed Mazars to prude the information by 2:00 p.m. ET on Sept. 19.

The president’s lawyers alleged in the complaint that they contacted the DA’s office to “engage in good-faith negotiations” concerning the Mazars subpoena. However, the DA’s office “refused to narrow the subpoena, allow more time for negotiations or even stay enforcement of the subpoena while the parties litigate over its validity,” they claimed.

“The subpoena is a bad faith effort to harass the president by obtaining and exposing his confidential financial information, not a legitimate attempt to enforce New York law,” Trump’s legal team added in the complaint.

The president’s lawyers argued the subpoena to Mazars violates the U.S. Constitution because it constitutes “an attempt to criminally investigate and prosecute the president,” but presidents cannot be criminally investigated and prosecuted while in office. They asked the judge for a permanent injunction staying the subpoena while Trump is in office, as well as a temporary injunction prohibiting Mazars from complying with the subpoena until its validity has been determined.

The new lawsuit is the latest effort by the president and his legal team to curb efforts to obtain copies of his tax returns.

Trump has also sued Mazars, Deutsche Bank and Capital One to prevent them from complying with subpoenas from House Democrats for his financial records.

In response to a subpoena from House Democrats seeking the president’s financial information, Deutsche Bank said in a court filing last month that it has tax returns of at least one member of Trump’s family. It did not publicly provide the names of the individuals or business entities of the documents.

In April, the House Oversight Committee issued a subpoena to Mazars to corroborate allegations made by Cohen. The former lawyer testified to Congress in February that Trump at times inflated his assets to earn a spot on the Forbes list of wealthiest people, then deflated them to reduce his real estate taxes.

In their complaint, Trump’s lawyers argue that the Manhattan DA’s subpoena to Mazars is “identical” to the subpoena from the House Oversight Committee, except for the fact that New York prosecutors asked for the president’s tax returns while the congressional panel did not.

Trump has also filed lawsuits challenging a New York law that allows Congress to request his state tax returns and a California law that prevents presidential candidates from appearing on the state’s primary ballot unless they publicly release five years of their tax returns.

The convergence: Third-world debt and the climate crisis are intimately connected