Less than two weeks to the commencement of deductions from monthly allocations to states by the Nigerian Government, governors across the country have given a condition for the repayment of the N614bn bailout loan.

The governors, at a meeting of the Nigerian Governors Forum in Abuja on Wednesday, said that they repay the loan only if the bailout support is reconciled with debts that the Federal Government allegedly owes states.

Recall that in 2017, the Nigerian Government, through the Central Bank of Nigeria, gave the conditional budget support facility to 35 states across the country to enable them pay salaries and pension of retirees.

But with the expiration of the grace period last week, the administration of President Muhammadu Buhari announced that it will in the next two weeks commence the deduction from statutory allocations to the states.

Chairman of the NGF, Kayode Fayemi of Ekiti State, said, “If you borrow, you pay. Governors have never been averse to payment of loans that we took under legal environment and we don’t want a situation that our banking system and financial system will be in any jeopardy.

“However, governors believe that just as we are ready to pay, we also have a duty to ensure reconciliation of account as far as money owed to states may be concerned. That is the process that is ongoing.” 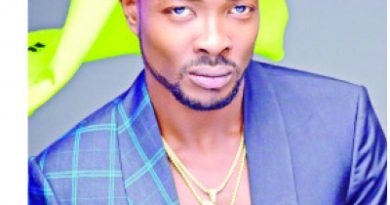 Happy birthday to you dear

Happy birthday to you my dear.