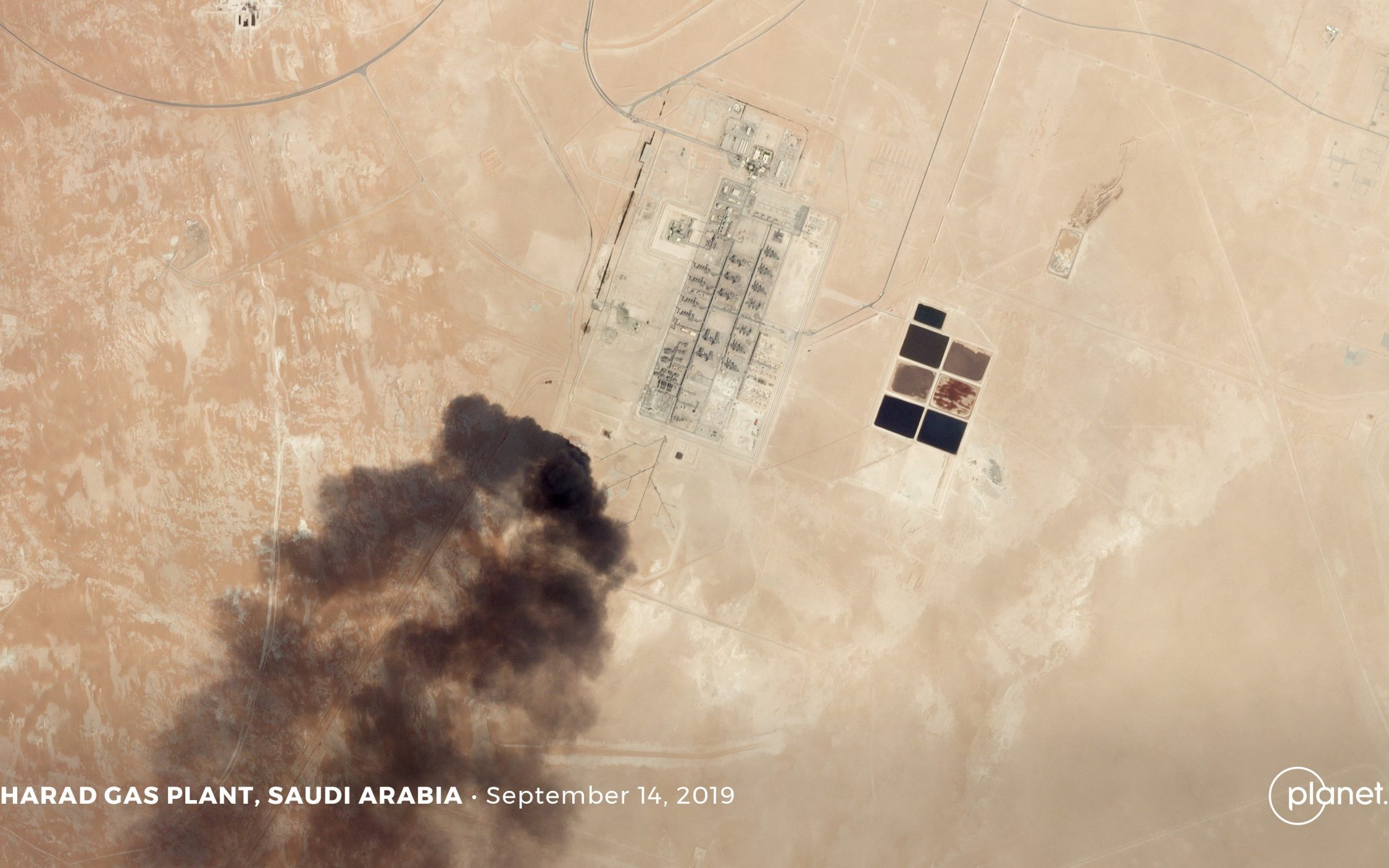 Donald Trump has not ruled out a potential meeting with Hassan Rouhani, the Iranian president, despite blaming Iran for devastating drone attacks on Saudi Arabian oil installations.

Iran denied it was behind the attacks on Saturday, including a strike on the world’s biggest petroleum processing facility, which slashed Saudi Arabia’s output in half and threatened to destabilise global markets.

Yemen’s Iran-backed Houthi rebel group claimed responsibility, but there were questions over whether it had the capability to carry out the operation alone.

Kellyanne Conway, Mr Trump’s counsellor, said the development “did not help” prospects for a meeting between the US and Iranian leaders during the upcoming United Nations General Assembly, but she left open the possibility it could still happen.

Mrs Conway said: “I’ll allow the president to announce a meeting or a non-meeting. The president will at least consider his options.”

She added: “The Iranian regime is responsible for this attack on civilian areas and infrastructure vital to our global energy supply, and we’re not going to stand for that… We will continue our maximum pressure campaign in Iran.”

Mr Trump pulled the US out of the 2015 Iranian nuclear deal last year, saying it would not stop Iran developing a nuclear bomb, and reimposed sanctions.

But the president has made clear he is willing to meet Iran’s leadership to renegotiate a nuclear deal.

Following the Saudi attacks, Lindsey Graham, the Republican US senator and friend of the president, urged more aggressive action.

He said: “It is now time for the US to put on the table an attack on Iranian oil refineries if they continue their provocations or increase nuclear enrichment.”

A spokesman for Iran’s foreign ministry said: “Such fruitless and blind accusations and remarks are incomprehensible and meaningless.”

Dominic Raab, the British foreign secretary, called the strikes an “egregious attack on the security of Saudi Arabia” and a “reckless attempt” to disrupt global oil supplies.

The targeted sites were 500 miles from the Yemeni border.

Two sources told CNN the drones could have been launched from Iraq, an allegation the country’s leadership forcefully denied.

The armed robbers, said to number about eight, fired indiscriminately during an operation to rob a gold dealer in the